Blending the technical with the creative—that’s what Nick Gotten ’93 loves about his job as a re-recording mixer and sound engineer. 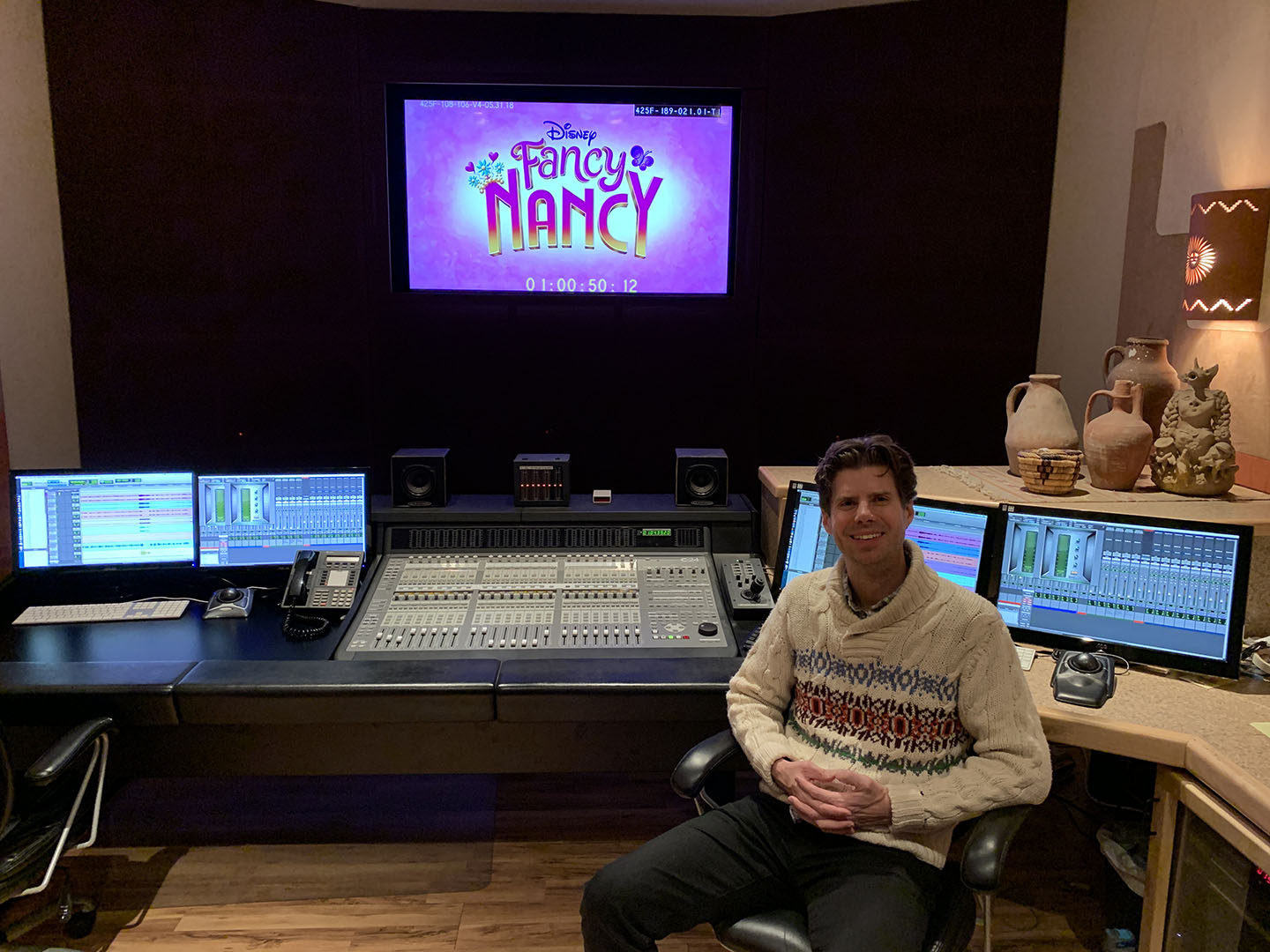 A longtime musician (he plays guitar) from a family of musicians, Gotten worked on Music Row in Nashville before getting the opportunity to work in the world of rerecording mixing, a job he calls a “natural fit.” A re-recording mixer takes recorded dialogue, sound effects, and music to create the final version of a soundtrack for a feature film or television program.

Since his days on Music Row, he’s moved to Los Angeles and won an Emmy for his work on mixing the sound for the Disney juggernaut show, Sofia the First. He also did the sound mixing for the surreal cartoon Adventure Time, plus a number of other children’s animated series and some live-action work as well.

“It’s fairly technical,” he says of his job. “You have to keep on top of changing technology.

“And then there’s the creative side. There are so many different ways to approach any scene or situation. You want to bring life, you want to tell stories through audio. We joke that it’s our own sonic playground,” he says.

The process is anything but simple. Gotten says he usually has about a threeweek turnaround time from getting the locked picture to turning out the mastered audio for a finished cartoon. In the case of Adventure Time, each 11-minute show requires a wide variety of hard sound effects like howling wind and epic explosions, but just as important are the human elements like footsteps, silverware clanking, fabric rustling, and more. Gotten and his team have access to a giant room that more resembles a junkyard than a professional studio. It’s filled with gates (for creaking sounds), a small pool for underwater sounds, and much more.

“There’s every different type of cup and cereal box and metal—various surfaces like concrete, grass, and sand,” he says. “Our Foley team has collected massive amount of different sounding objects…various things like a chair you can squeeze to make a really good squeak. If we don’t have it, we go get it. We just try to address what’s on-screen.”

He got into children’s animation after a former client chose him to do the sounds for a Disney series and Gotten discovered he really liked it.

“You’re not fighting production dialogue from the field,” Gotten says, “where you spend too much of your time trying to fix extraneous noises such as planes flying overhead. It can be a mess. With animation dialogue having been recorded clean in a studio, you can focus more on blending dialogue, music, and sound effects, giving greater support to the storytelling.”

His first love, creating music, hasn’t left him, Gotten says. He is involved in the songwriting community even as he mixes sound for four animated series (Fancy Nancy, We Bare Bears, Powerpuff Girls, and Shimmer and Shine). He’s modest about his Emmy Award, “something to have on your obituary,” he jokes.

“I’m very happy to stay in the animation world, but also broadening my horizons with more songwriting placements, mixing features, and sound design for video games,” he says. He’s had a glimpse into the video game world since his wife, Judy, has some experience in that area.

“It’s always been sort of natural for me [to work with] music and sound,” he says. “It’s the perfect blend of technical and creative.”