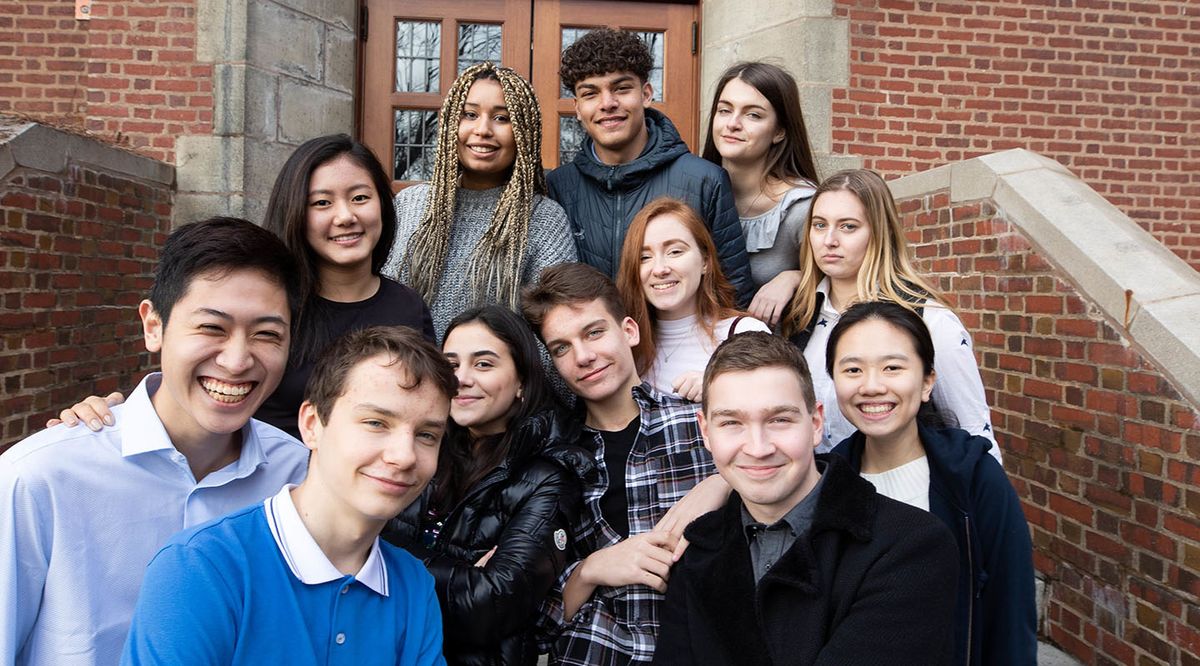 The Davis Scholarship at 10 Years

The Saturday before Thanksgiving, headmaster emeritus Lance Odden, coordinator of the Davis International Scholars program, stands in the choral room and addresses a group of young people as he has done countless times before. On this evening, though, Odden could be mistaken for a UN secretary general as the audience is about 50 students hailing from 26 nations on five continents. These students from Taft and five other boarding schools are here to celebrate the 10th anniversary of the Davis scholarship, a bold and innovative philanthropic endeavor that has transformed internationalism on boarding school campuses like Taft's. The Davis scholarship may someday be widely credited for changing the world for the better. 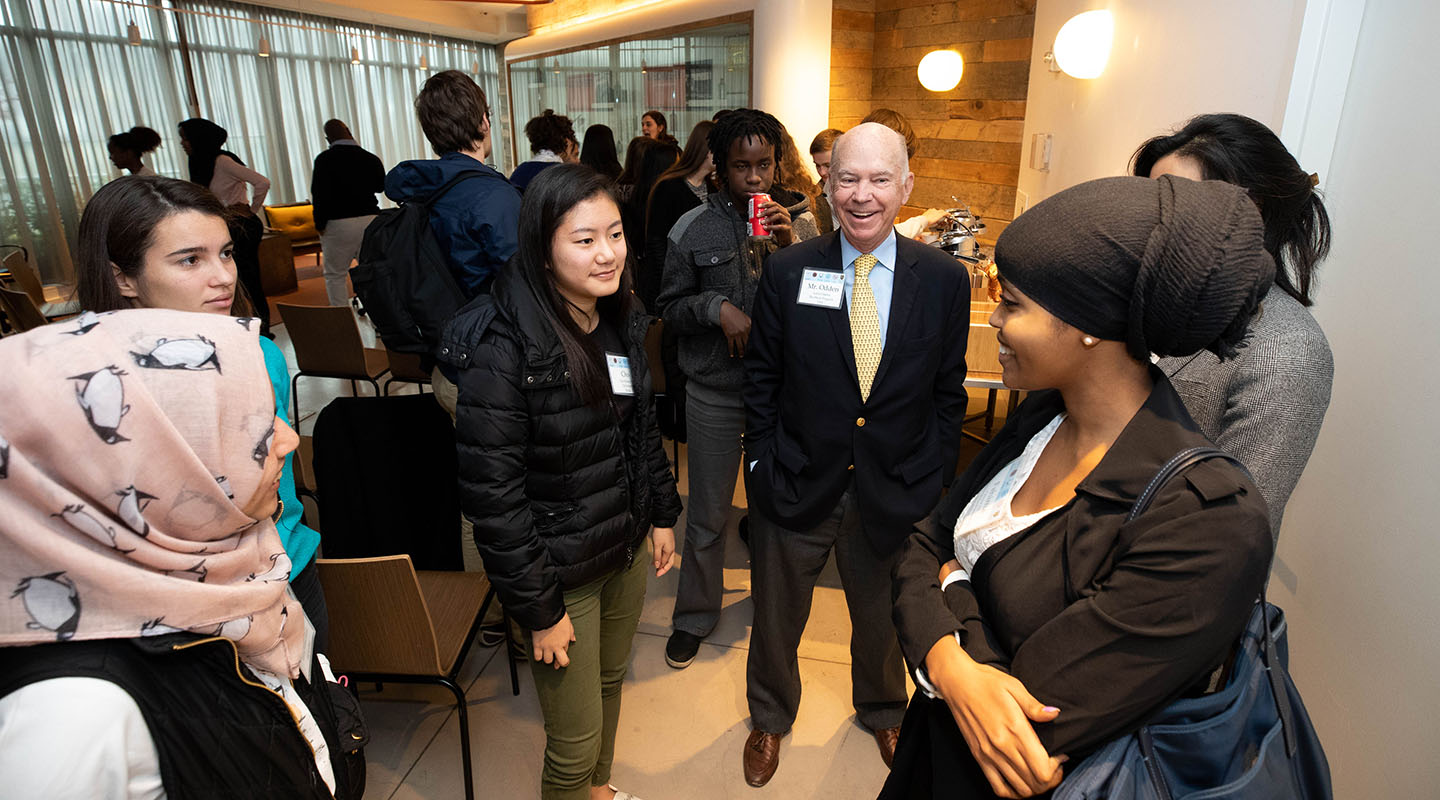 Founded in 2007, the Davis International Scholars Program provides tuition funds to international students of talent and integrity with demonstrated need to encourage greater global and socioeconomic diversity on American boarding school campuses. Davis Scholars are highly motivated future leaders who will make the most of their educational experiences. They are extraordinarily idealistic young people who are eager to prepare themselves for a life of service to society.

Odden opens his address to the group describing Shelby Davis, the scholarship's founder. "He is a unique person," Odden notes. "His life has been one of building a great investment firm and then of serving society in the broadest capacity, in particular, through education."

The Davis Scholarship has impressively committed more than $30 million in tuition aid to 219 students from 58 countries in its 10-year existence. Each member school (Andover, Emma Willard, Lawrenceville, Milton, Taft, and Westminster) awards up to five new scholarships annually and may have a maximum of 15 scholars enrolled at once. The Davis Foundation contributes $20,000 per scholar annually for each of three years of boarding school study and continues this support for all four years of undergraduate study. Each Davis Scholar will receive up to $140,000 of tuition support directly from the Davis Foundation. Taft typically makes up the remainder of a student's tuition through a financial aid award. As Odden reminds the group, "There is no equivalent program in American education."

The Davis family's commitment to internationalism has allowed Taft to enroll and graduate students from places the school could not reach otherwise. The scholarship has, so far, brought 49 students to Taft from 25 nations around the world, from Afghanistan to Zimbabwe. 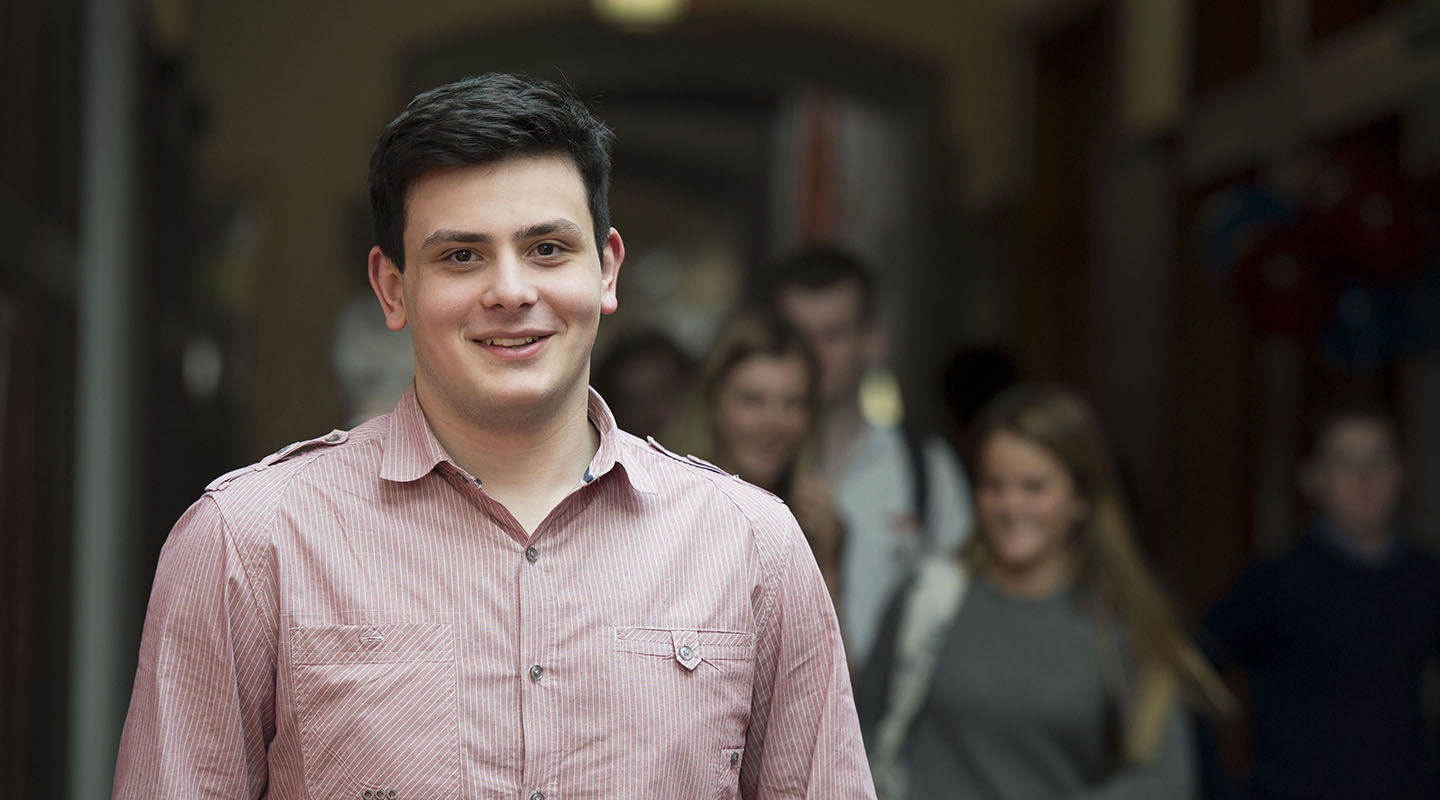 The first few classes of Davis Scholars have now completed their undergraduate degrees and are finishing graduate school or are at the start of their professional careers. Taft's first Davis Scholar graduate, Jenny Jin '09 from China, graduated from Princeton and is now completing her Ph.D. in computer science at Stanford researching artificial intelligence. Similarly, Marieta Kenkovova '10, from Slovakia, went on to study economics at Wellesley, and she will finish an MBA from the Wharton School of Business at UPenn this spring. Dima Yankova '12 from Bulgaria has engineering degrees from Union College and Cambridge University, and is now working in Spain on the ideas and strategy team for la Marina de Valencia. Rozalie Czesana '14, from the Czech Republic, graduated from Princeton in 2018 and now works as a management consultant for McKinsey in New York.

"You might wonder why the Davis family is so committed to international education," Odden continues. "In fact, Shelby Davis's mother had a lifelong interest in internationalism. After graduating from Wellesley College and earning a Ph.D. in international relations, she worked for the Council on Foreign Relations. She lived to be 106, and up until the end of her life was an advocate for cross-cultural understanding." It was, in fact, in Mr. Taft's Dining Room of ISP wing that Lance Odden and Phil Geier, former president of United World College USA, hammered out the details of the program in 2007 at the direction of Shelby Davis. The goal was to enroll promising scholars and leaders from countries not well represented in U.S. boarding schools. Member schools were chosen based upon the Davis family's prep school enrollment—Shelby Davis attended Lawrenceville, and his son Lanse '97 attended Taft, for example.

The Davis Scholarship is unique because it is additive to Taft's financial aid budget. Taft can enroll a group of students who will have an instant and powerful impact on many areas of school life without having to absorb the full cost of their enrollment. Further, that each scholar brings a guaranteed $80,000 of tuition with them to college helps them differentiate themselves in the college process, where aid for international students is often very scarce. Davis graduates from Taft have gone on to colleges and universities like Columbia, MIT, Amherst, and Middlebury, but also to less common Taft destinations like Pomona and the University of Florida. 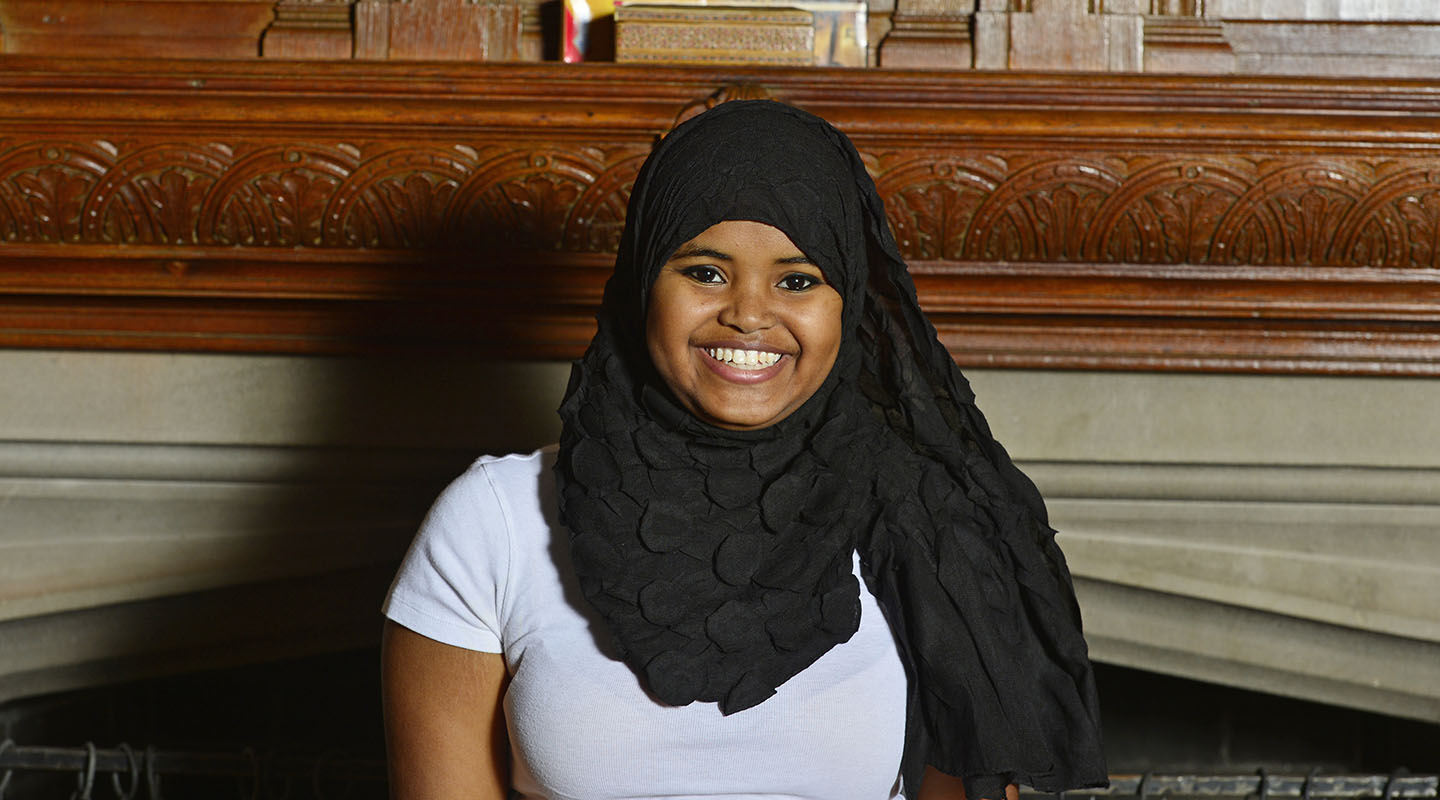 As Headmaster Willy MacMullen '78 describes it, "The Davis Scholars Program affirms, accelerates, and deepens Taft's commitment to help create a diverse campus. Since the program began, the Taft campus has never been the same. The Davis Scholars program has had a transformative effect." The Davis Scholars group past and present includes school monitors, dorm monitors, honor roll stalwarts, and graduation award winners. "While 10 years is a significant milestone for the program," MacMullen says, "the impact these graduates will have in their adult lives is just beginning to unfold. I can guarantee that in the future there will be Davis Scholars sitting around a table solving the world's problems." 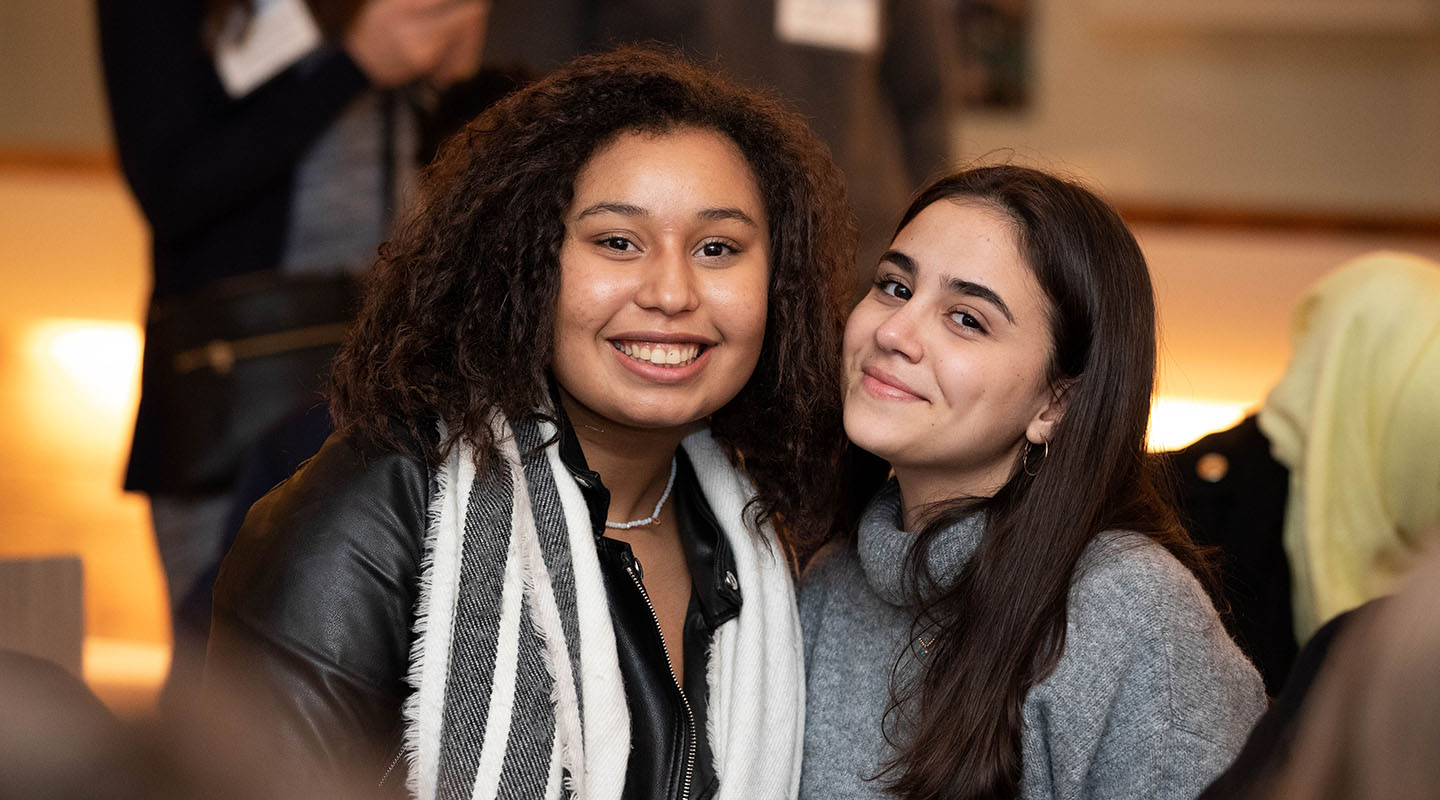 Lance Odden concludes his remarks to the current scholars group with some words of wisdom from Shelby Davis himself: "I want you to hear what his personal mantra is. It is characteristic of him.... 'Learn, earn, and return.' Think about that. He believes that if you do this you will leave the world a better place." The Davis Scholars group has already made their impact on the Taft community through their intellect, leadership, and diverse range of talents. Their powerful and positive effect on the world at large is only now beginning to reveal itself. j

Michael Hoffman '97 has been Taft's director of financial aid since 2012. 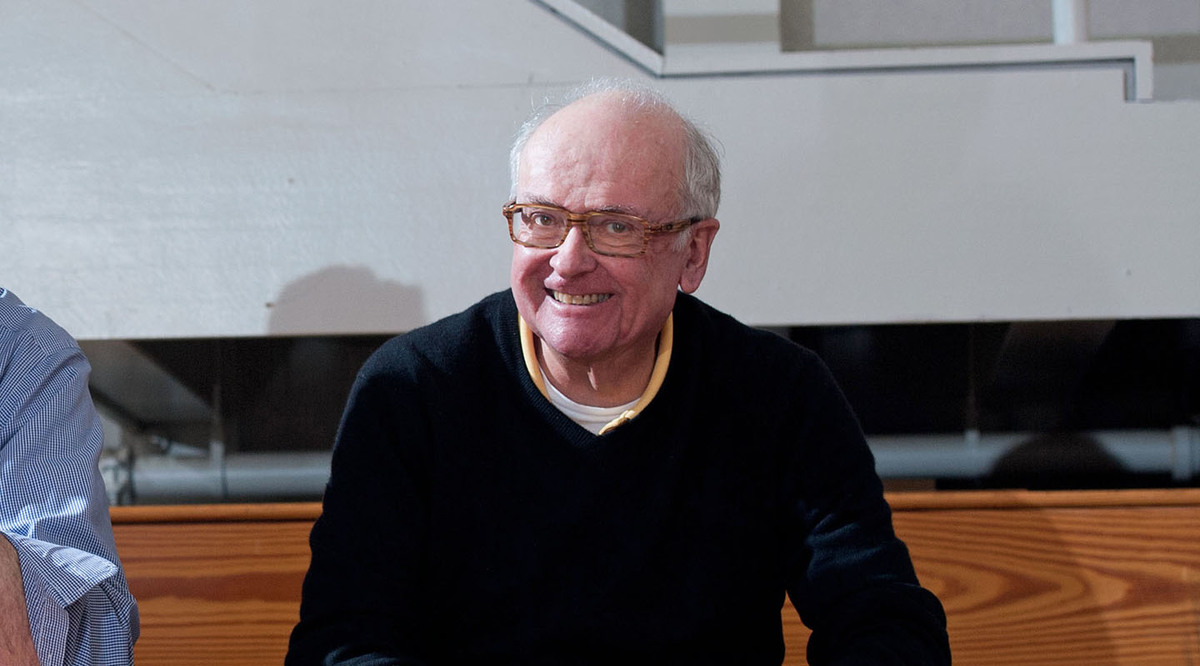 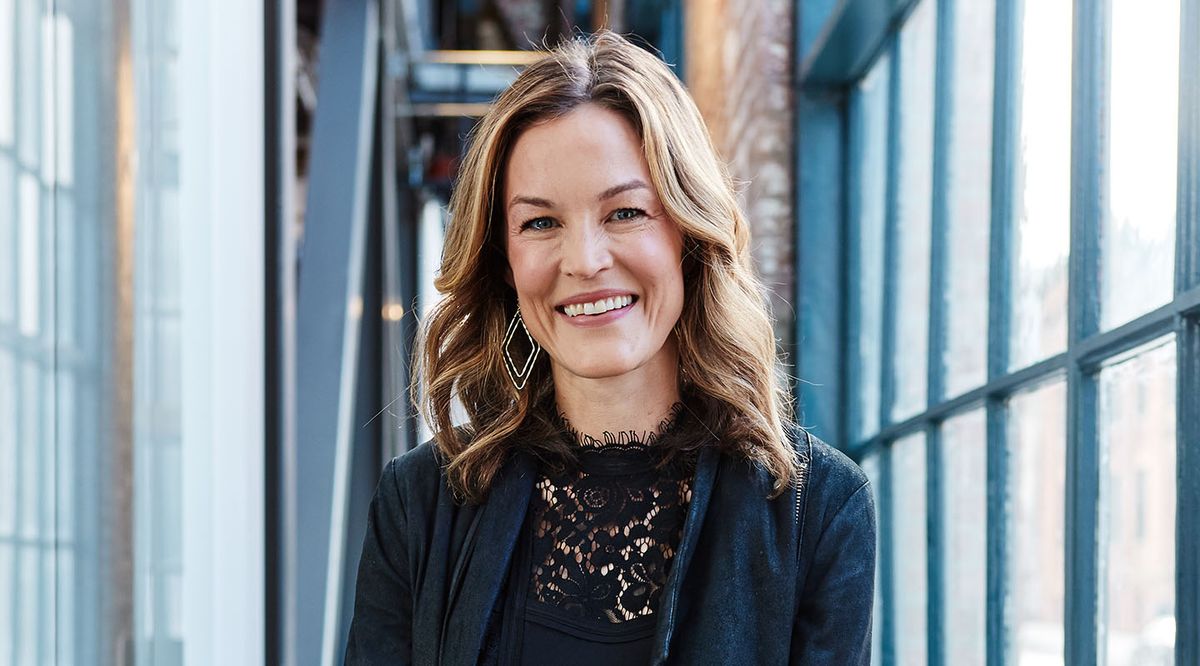