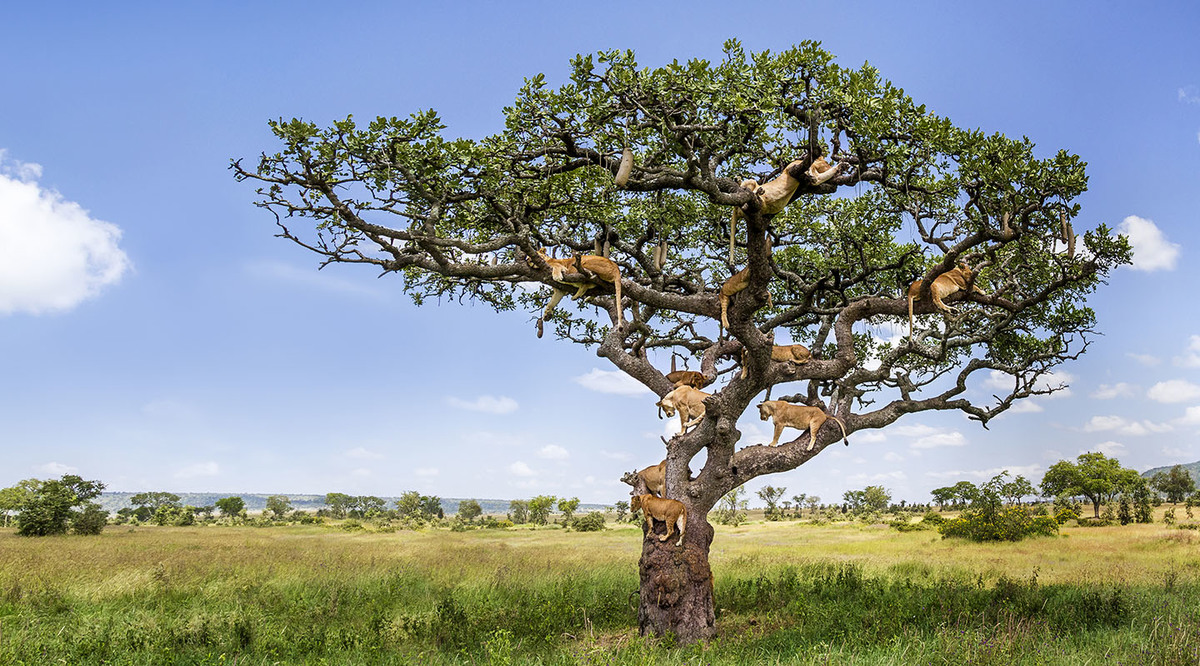 MOST PEOPLE LIVE TO TRAVEL, BUT TRAVELING IS A WAY OF LIFE FOR JOY PHELAN-PINTO ’75.

She’s visited 120 countries and territories, an odyssey befitting a member of a diplomatic corps.

No place has the sheer magnetism like Africa for the Connecticut-raised Phelan-Pinto, who is the executive director of Micato Safaris, a family-run enterprise started by her in-laws, Felix and Jane Pinto.

“You really do feel like you’re in the presence of God,” Phelan-Pinto says of Africa.

The business evolved from a taxi service bought by her father-in-law, a well known farmer, and got its name, Micato, from the first initials of what was known as the Mini Cabs & Tours Co. Felix Pinto had raised champion pigs, and Jane Pinto is a former Kenyan table tennis champion who has been honored by the International Olympic Committee. They raised their family on a farm outside Nairobi.

Since Micato’s founding in 1966, it has thrived, dominating Travel & Leisure’s Best Tour Operator award category and earning acclaim from The New York Times, Forbes, and Condé Nast Traveler for its painstakingly planned safaris, personalized service, and best-in-class accommodations. The company has employees on three continents and also organizes excursions to India. “There’s something for everybody,” Phelan-Pinto says.

Micato offers 12 “Classic Safaris” programs, plus customized trips, including a 14-day Hemingway Wing sojourn of Kenya and Tanzania during which guests can walk in the “bush” with Maasai warriors, go horseback riding on a coffee estate, and catch a glimpse of unique species such as Grévy’s zebra, the Somali ostrich, gerenuk, beisa oryx, and reticulated giraffe. Micato’s clients are encouraged to spend at least one morning or afternoon on foot, after which they will often find a breakfast spread or sunset cocktails awaiting them.

In Africa, “the sky is the highway,” with air travel enabling Micato’s clients to cover much more of the continent. It gives them more time to explore, whether it’s the sand dunes of Namibia, Rwanda’s volcanic national park with its gorillas, or the ancient rock art near Lake Turkana in northern Kenya.

If visitors want something more remote, Phelan-Pinto has a suggestion: something called a star bed. Tucked away in the 60,000-acre Loisaba Conservancy in Kenya, the fourposter beds are placed on raised wooden platforms offering complete seclusion. The beds have luxurious comforters, pillows, and a duvet, as well as mosquito netting.

“They roll you out on a platform high above the plains,” she says. “You’ve slept literally under the stars.”

Phelan-Pinto is in charge of Micato’s branding, from the carefully curated editorial and photo content of its website, micato.com, to its impressive brochures. Its Africa brochure is 171 pages long. “We look at it more as a coffee table type of book,” she says. “We don’t want it to be something that you roll up and swat flies with.”

Micato treats its guests like family members, says Phelan-Pinto. They are invited to have dinner with Felix and Jane in Kenya or family friends in Cape Town or in Johannesburg, if their travels take them to South Africa. “Being a family company, we’re kind of barely a company in that sense,” she says. 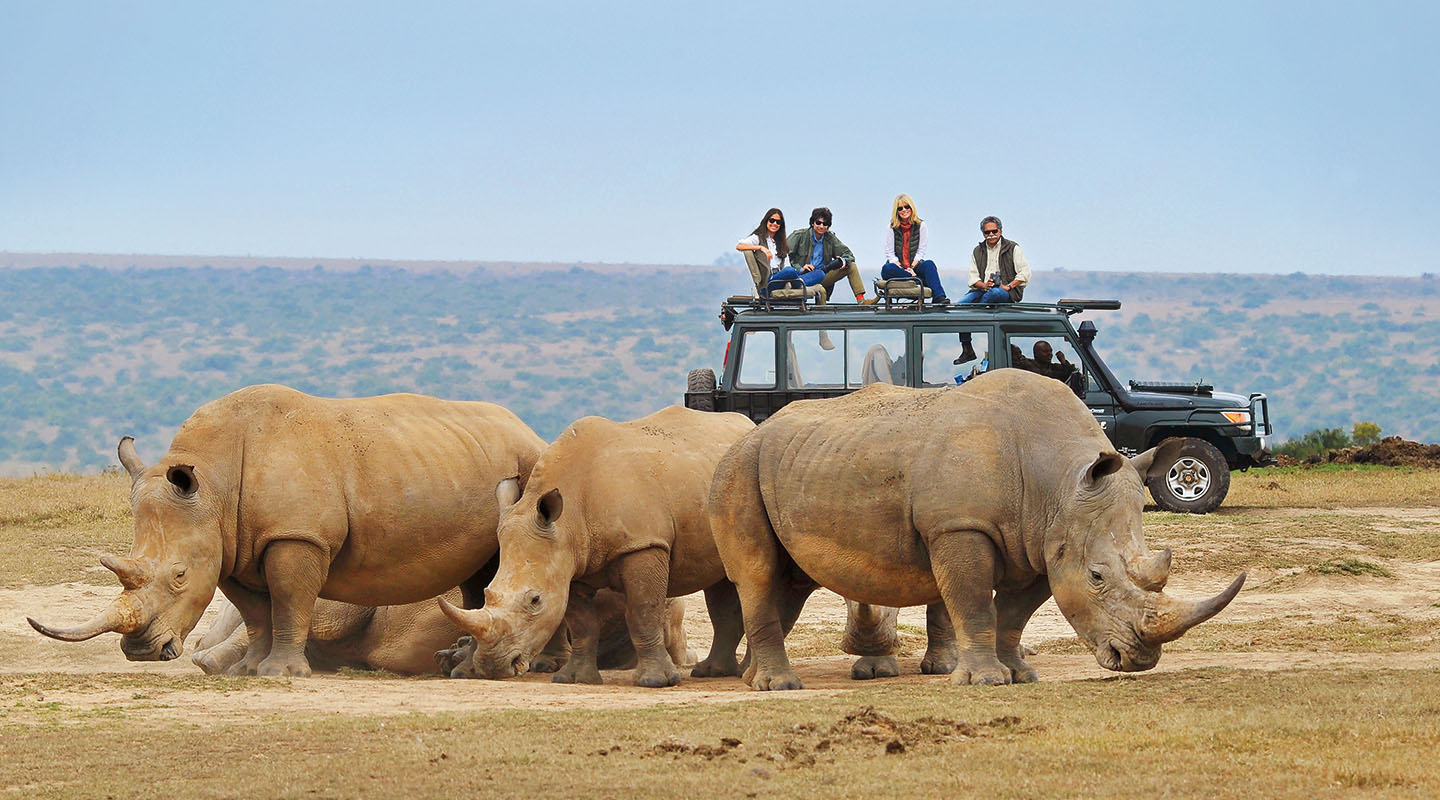 Phelan-Pinto began her career in the travel industry as a cruise director for small academically oriented cruises. One of the charters went to East Africa. It was there that she met her husband, Dennis Pinto, who was a ground operator for tour groups in Kenya. They had spoken on the phone for a year before they finally met.

“I remember thinking, he has a nice voice,” Phelan-Pinto says of her husband, who is Micato’s managing director. The couple has two children, Sasha, who goes to Brown University (Phelan-Pinto’s alma mater), and Tristan, who goes to Yale University. The family splits its time between Africa and the U.S.

Phelan-Pinto’s mother-in-law, Jane, spearheaded Micato’s philanthropic activities after working with Mother Teresa. Micato-AmericaShare, the business’s nonprofit arm that was founded more than 25 years ago, helps children and women in need in Nairobi who have been affected by the HIV/AIDS epidemic.

Once they have been in Africa for a week or two, visitors get to see firsthand those helped by Micato and those in need. “People come to Africa to see the wildlife,” Phelan- Pinto says, “but they leave in love with the people.”

East Africa has made significant strides since Phelan- Pinto first visited. “Everything was very basic,” she says. “You brought your own light bulb. You brought your own toilet paper.” She would often bring things to her in-laws. “If you lost your luggage 20 years ago, you were kind of stuck,” she says. Now there are gourmet restaurants and shopping malls.

“We laugh—there’s better cell phone service in Nairobi than there is in parts of Connecticut,” she says.

Behind the Scenes
On Safari: Lost and Found in Africa
On Safari: Well Traveled
Powered by Finalsite