Morning Meeting: Robin Wall Kimmerer on Restoring Our Relationship with the Land
November 1, 2022

Long before foreign settlers arrived, citizens of the Potawatomi and Haudenosaunee Nations shared the gifts of the land in the whole of the Eastern Great Lakes territory. Their relationship was governed by a “document,” of sorts—agreements articulated in a “treaty belt” crafted from quahog shells and wampum beads. It is known as The Dish with One Spoon Treaty Belt—Nagaan ge beshig emkwaan to the Potawatomi.

As settlers began to occupy the territory, the indigenous people were displaced, marched from Michigan to Kansas along the Potawatomi Trail of Death in 1838. And the lands began to change. Wall Kimmerer shared the story of the passenger pigeon in Potawatomi lore, a bird once so plentiful that the vastness of a passing flock could render the skies dark for days, their collective weight on branches to cause oak trees to topple, their dung so deep that it combusted in forest fire as it decomposed—forest fires essential to the viability of the oak forests and the regeneration of acorns, the primary food of the passenger pigeons. The symbiotic relationship between the Potawatomi and the passenger pigeons was great: as the Potawatomi were marched west, the birds dwindled, as well. Just over 100 years ago, the last passenger pigeon died alone, captive in the Cincinnati Zoo.

“Occupying the homelands of someone else’s nation absolutely incurs a responsibility to learn from them,” notes Wall Kimmerer. And while that learning may have faltered during the time of settlement, Wall Kimmerer delivered a message of hope: It’s not too late. But, we—the full global village—must commit to restoring our relationship with the living world, and do so quickly.

“The question that has us perched on the cusp of climate loss is, what is land about? It is a source of belongings, or a source of belonging? What land is about, and what is people’s responsibility to land about? The turbulence in the clash of world views spawned the wind that blew away the Potawatomi—or tried to—and propelled the extinction of the most abundant bird on earth. We need to remember this heartbreak—to feel this heartbreak—because this same wind threatens us all, and its temperature is rising.”

Wall Kimmerer notes that native peoples—those who “were walked away from the land,” understand that the land “calls forth our deepest moral responsibility.” It is home to plants and trees—our non-human relatives. It is our home, our ancestral connection and identity, a healer, a sustainer, a source of knowledge. Land is enspirited and sacred. In the Western world view, however, land is property. It is capital, and raw materials to be taken and used. The Teaching of the Seven Fires prophesied distinct eras in the history of the Potawatomi people. In the age of the Sixth Extinction, we are losing 200 species each day across the globe. What comes next will be defined by our relationship with our land.

“It is said that there will come a time when you can no longer dip your cup in the river to drink. Unthinkable. Will that time come? Has that time come?” asked Wall Kimmerer. “It is said that at the time of the seventh fire, all the world’s people will stand at to a fork in the road and have to make a choice. In my imagination, one of those paths is soft and green, and you could walk barefoot on it. And the other one is a dead-end made of burnt cinders, and it will cut your feet to walk there. And we will have to make a choice. The teachings tell us that it is all the world’s people who will stand at that crossroads; all of us. We are told that each of us has to turn back and pick up the thing that allows life to continue on this planet and carry it. We can’t carry it all alone. Each of us can pick up a little piece of it and bring that into the future through the narrows of climate change that is upon us. Our elders tell us that this is the time of the seventh fire. We are all the people of the seventh fire from whom much is asked.”

Robin Wall Kimmerer is a mother, scientist, decorated professor, and enrolled member of the Citizen Potawatomi Nation. She is the author of Braiding Sweetgrass: Indigenous Wisdom, Scientific Knowledge and the Teachings of Plants and Gathering Moss: A Natural and Cultural History of Mosses, which was awarded the John Burroughs Medal for outstanding nature writing. Kimmerer’s other work has appeared in Orion, Whole Terrain, and numerous scientific journals. As a writer and a scientist, her interests in restoration include not only restoration of ecological communities, but restoration of our relationships to land. She holds a BS in Botany from SUNY ESF, an MS and PhD in Botany from the University of Wisconsin and is the author of numerous scientific papers on plant ecology, bryophyte ecology, traditional knowledge and restoration ecology.

Wall Kimmerer is the founder and director of the Center for Native Peoples and the Environment, whose mission is to create programs which draw on the wisdom of both indigenous and scientific knowledge for our shared goals of sustainability. In 2022 she was named a MacArthur Fellow. 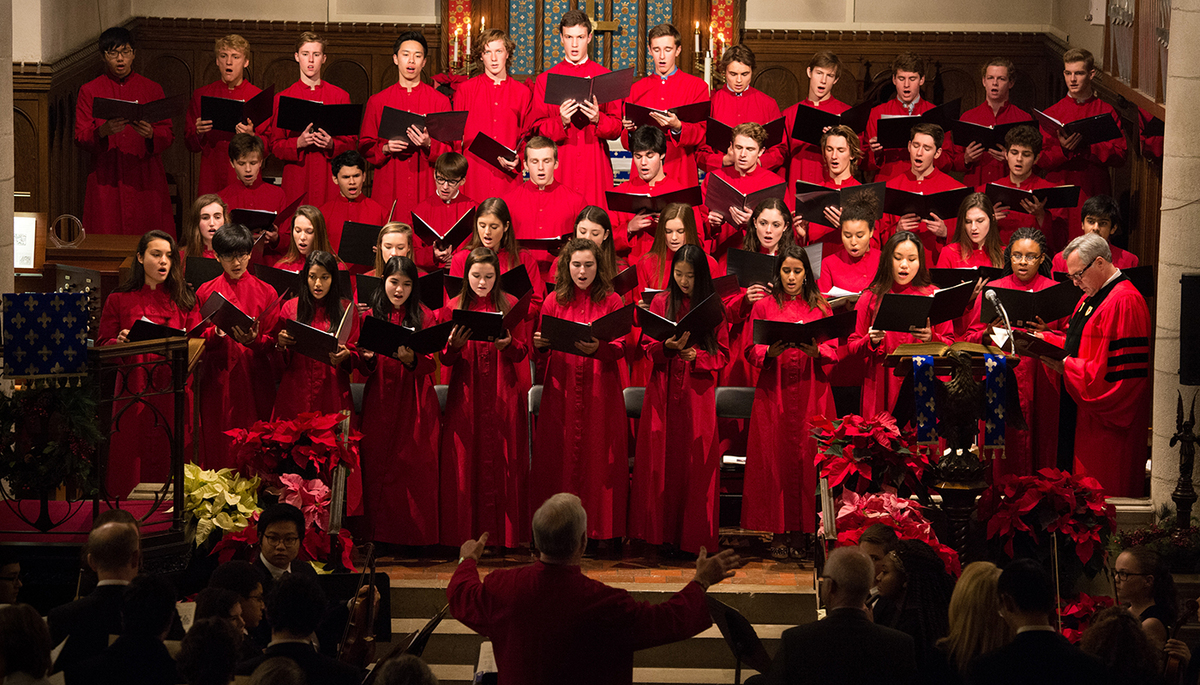 Lessons & Carols: Celebrating the Season
Morning Meeting: Robin Wall Kimmerer on Restoring Our Relationship with the Land
Taft Theater Proudly Presents: The Drowsy Chaperone
There are no news posts to display
Powered by Finalsite