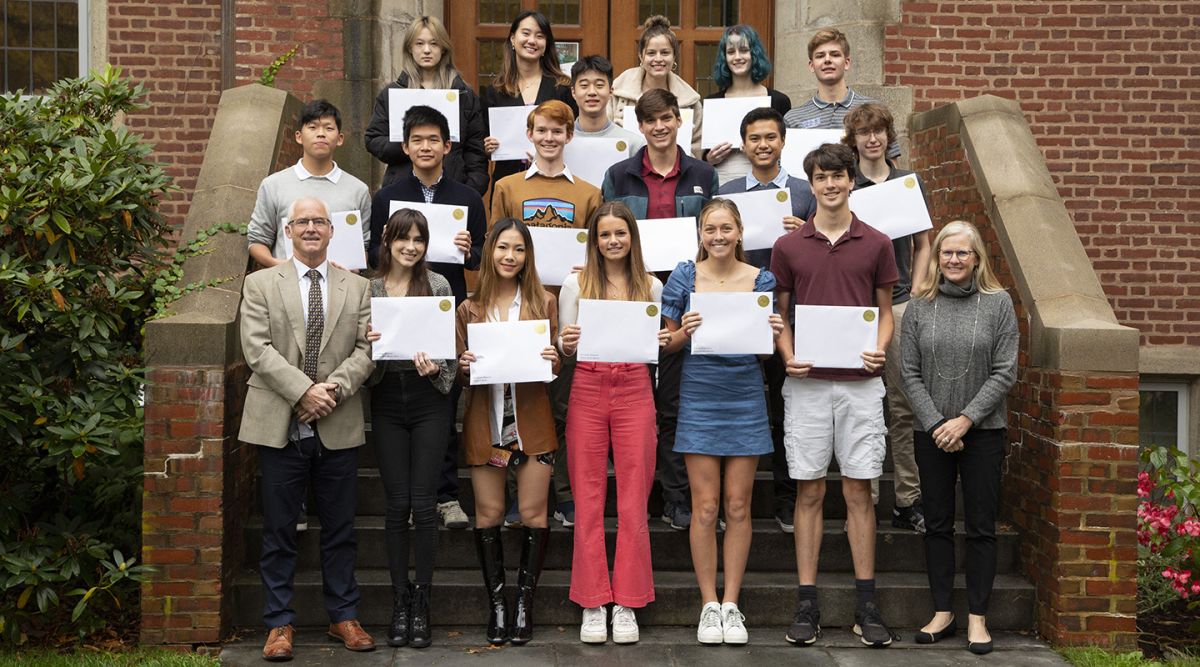 The National Merit® Scholarship Program is an academic competition for recognition and scholarships that began in 1955. Approximately 1.5 million high school students enter the program each year.

This year, six Taft students earned commendation from the National Merit Scholarship Program. With a selection index of 207 or above, these high performers have shown outstanding academic potential. Congratulations to:

The following students were semifinalists in the 2022 National Merit Scholarship Program for their outstanding performance last year on the PSAT, finishing in the top 1% of all test-takers. They are now eligible to apply to be a National Merit Finalist and compete for scholarship dollars.

Ranking Scholars are those students in each class who earned the highest unweighted grade point averages for the 2020-21 academic year. They are:

Watch the Induction Ceremony Below: