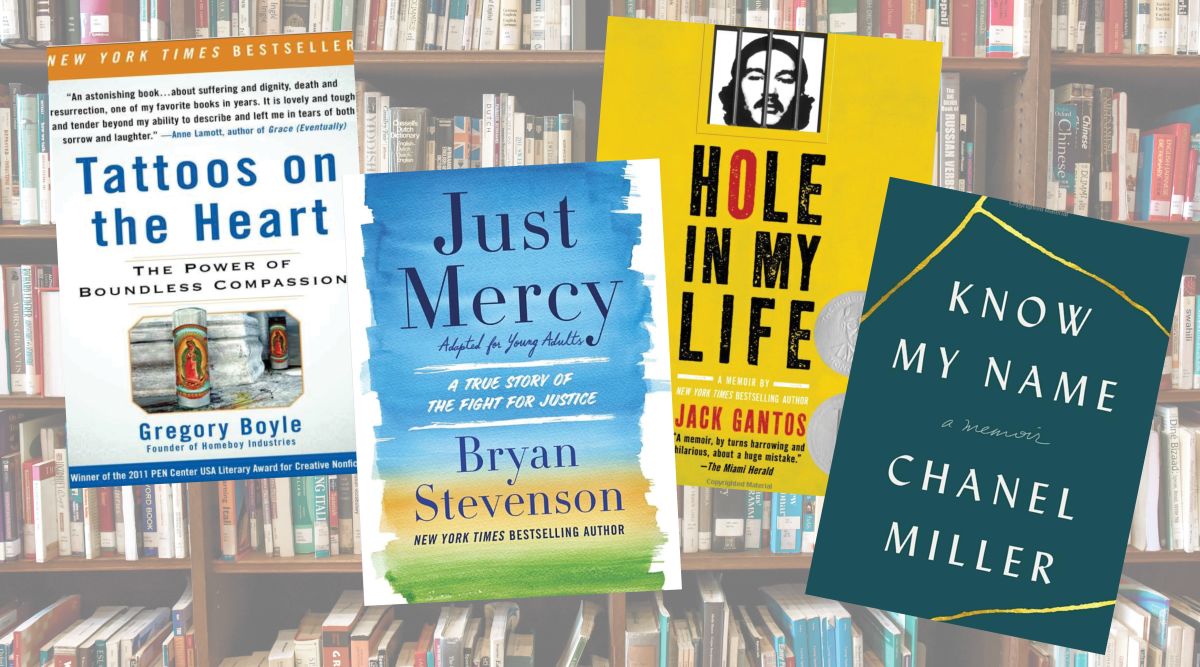 Taft's Summer Reading Committee is offering students four memoirs to choose from this year. Selections were introduced to the school community during a virtual assembly.

School Chaplain Robert Ganung is sponsoring Tattoos on the Heart: The Power of Boundless Compassion, by Father Gregory Boyle. Tafties will recall the impact of Boyle's message and spirit from his visit to campus last year. The founder of Homeboy Industries, Fr. Boyle has spent more than twenty years running gang-intervention programs in the Boyle Heights neighborhood of Los Angeles, the gang capital of the world. In Tattoos on the Heart, he reflects on his experience working in the barrio, and the role of faith in his work.

"This is a book about renewal, redemption, and personal transformation," Ganung notes in introducing the selection. "It is a heartening and powerful book."

A number-one New York Times bestseller and winner of multiple honors, including the NAACP Image Award for Nonfiction and the Carnegie Medal for Nonfiction, Just Mercy is the story of idealistic and driven young lawyer Bryan Stevenson, founder of the Equal Justice Initiative.

"The book details the efforts of the Equal Justice Initiative and a young Bryan Stevenson as they work to provide legal representation to people who have been illegally convicted, unfairly sentenced, or abused in state jails or prisons, especially those who are marginalized by poverty and racial injustice," explains selection sponsor and Dean of Multicultural Education Andrew Prince. "I see this book as one of the many ways we can continue our efforts to live up to our commitment to diversity, equity and inclusivity by striving to understand and combat systems and causes of systematic oppression."

Stevenson's story has also been told in the HBO documentary True Justice, and the movie, Just Mercy, starring Michael B. Jordan.

The Taft library is sponsoring the book, Hole In My Life by Jack Gantos.

"Hole In My Life is an autobiographical work detailing an amazing series of mistakes—some hilarious, some tragic, and some in between," says Library Director Sean Padgett. "We follow along as the author drops out of college, struggles to find his voice, agrees to help pilot a sailing ship loaded with drugs from the Caribbean to New York, is caught by the FBI, and ultimately ends up in prison. How is he able to turn his life around, make up for his mistakes and ultimately become the author he dreamed of becoming? To find out you'll have to read Hole In My Life by Jack Gantos.

Hole in My Life won The American Library Association's Michael L. Printz Award, recognizing the best book written for teens, based entirely on its literary merit, and the Association for Library Service to Children's Robert F. Sibert Informational Book Medal, awarded to the most distinguished informational book published in English.

The final 2020 summer reading option is Know My Name, sponsored by Taft's female affinity group, and described as "immersive and emotional" by Lila duPont '21. Winner of the National Book Critics Circle Award for autobiography, Know My Name is Chanel Miller's deeply personal account of her widely publicized sexual assault on the Stanford University campus. When the perpetrator was sentenced to just six months in county jail for the crime, Miller's victim impact statement was posted on BuzzFeed, where it quickly went viral, sparking outrage and reaching 11 million people in just four days. The case not only brought changes to California law, but the sentencing judge in the case was recalled.

"It is a story full of truths about sexual assault," notes Sinthya Guaman '21. "It is important to recognize such a global issue, and to think about how it is dealt with in the United States."

Our summer reading selections are chosen carefully, and often reflect current social issues, common campus themes, and matters of historical significance. Many of the books—and many of the authors—are award-winning and widely renowned. Recent selections have included: Educated by Tara Westover; Born a Crime by Trevor Noah; All American Boys, by Jason Reynolds and Brandon Kiely; Mudbound, by Hillary Jordan; and The Legacy: An Elder's Vision for Our Sustainable Future by Dr. David Suzuki.

Traditionally, Taft students and faculty have read one book over the summer break, and have then come together in the fall to discuss the book. In an effort to promote greater student engagement, the committee has decided to offer a variety of books and allow each student to select a book that he or she is most interested in.