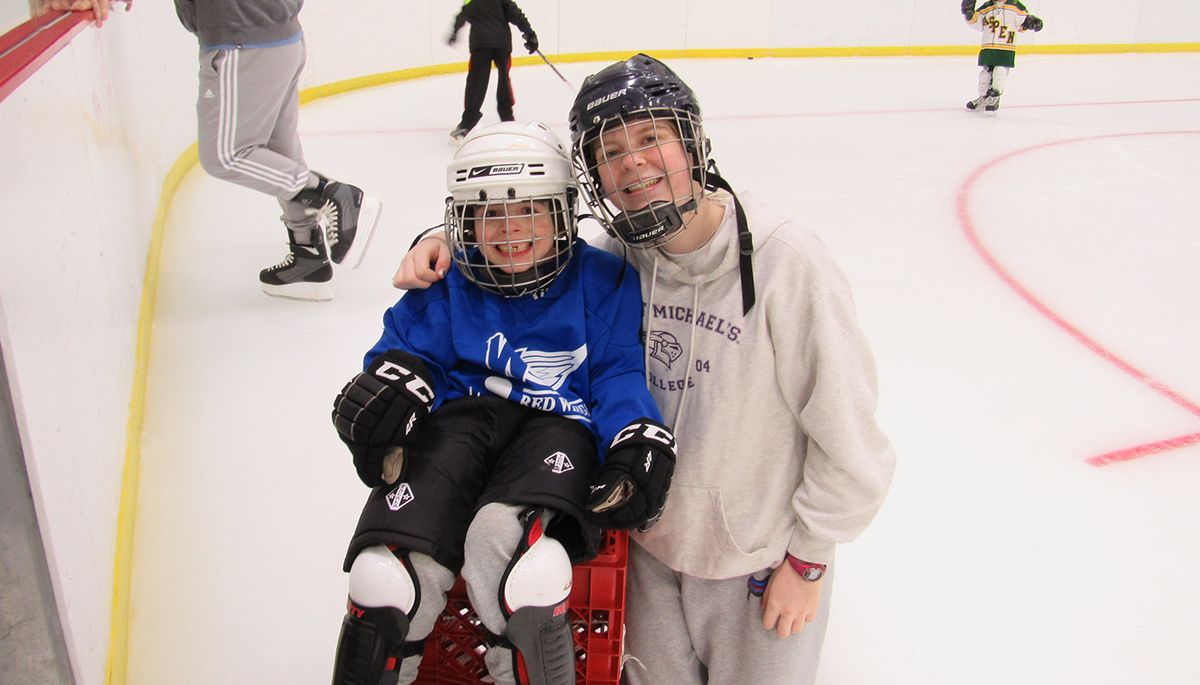 Patrick is not a typical seven-year-old. Diagnosed at a young age with autism and sensory processing disorder, Patrick finds communication to be extremely challenging.

"Patrick is a little boy with few words," says his mom, Jessica, "but he does say, "play hockey."'

Patrick discovered hockey in the fall of 2017, after bringing a flyer home from school that described a new, no-cost hockey program on the ice at the Taft School. The flyer was from Caeley Smith '19; the program was specifically designed for children with special needs. 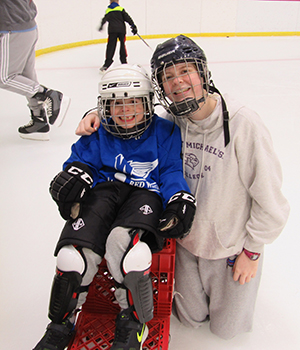 "Mr. Oliver said, 'Why fundraise for a program when you can start one yourself?'" explains Caeley.

Disabled Hockey Programs are supported by USA Hockey across the nation, and incorporate four disciplines: standing/amputee hockey, deaf/hard of hearing programs, sled hockey, and special hockey. Caeley turned her attention to the latter, special hockey, which creates an adaptive play environment for people with physical and developmental disabilities. According to USA Hockey, "Special hockey emphasizes having fun through teamwork, social interaction, and improving the quality of life through on and off ice activities." There are currently special hockey programs in more than 30 cities across the nation.

Caeley spent much of last spring and summer gathering information about program requirements from Oliver and from USA Hockey. She researched what was involved with starting a non-profit organization, and how to become a certified youth coach. She also began collecting used hockey equipment and a few cash donations.

"It was very important to me that this be 100 percent free to families who wanted to participate," Caeley says. "I didn't want there to be program fees or equipment costs. I wanted people to just be able to come and enjoy learning a new skill in a supportive environment."

Caeley spent a good deal of time, she says, pounding the pavement, making phone calls, and working her network of friends, their families, and acquaintances. A friend's mom, who is a superintendent of schools in Connecticut, offered tips on getting information about her new program in front of the right people—including parents and special educators—in the state's public schools. Caeley called other communities with active special needs hockey programs to see just what she needed to do to set the wheels in motion. 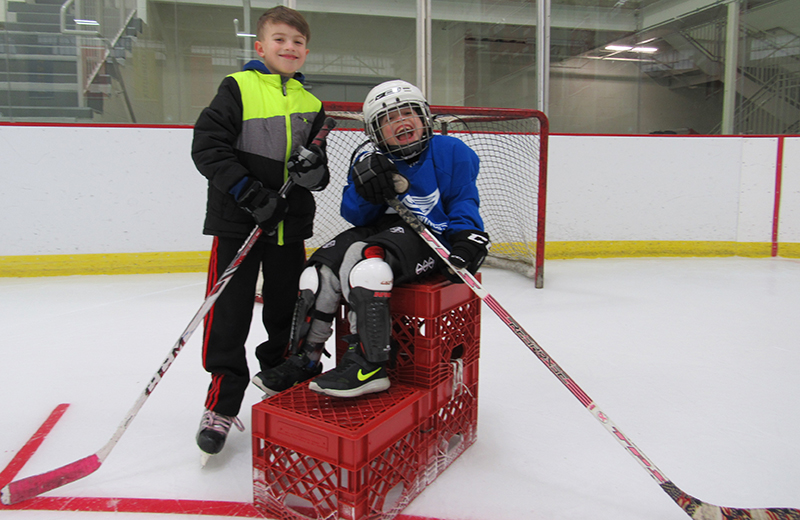 e was definitely a lot of trial and error involved," Caeley says. "I learned a lot through the process, but was very fortunate to have people like my parents and Ms. Ryan guiding me along the way."

Rachael Ryan is Caeley's academic advisor at Taft. She is also a co-director of athletics who, Caeley says, provided invaluable direction and support.

"She made sure I knew what permissions I would need and how I should go about securing them," Caeley says. "She directed me to the right people, and made sure I understood all the considerations involved in establishing and managing an athletic program."

Athletic Facilities Manager Bryan McCleary also played a critical role in her ability to bring hockey to the community, Caeley say. It was McCleary who always made sure that the ice would be ready for Caeley's team, and who provided access to equipment and storage throughout the season.

Caeley's Watertown-Rhino Youth Disabled Hockey Team took to the ice in Odden Arena every Sunday, from the first day the ice was open until it closed in the spring. With help from her friends and fellow Rhinos—including Dennis Franklin '19, Liv King '20, and McKinley Karpa '18—Caeley welcomed nine children, ages 5 to 12, to her inaugural team—including Patrick. 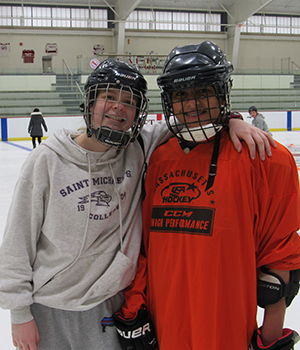 "Playing hockey at Taft lightened up Patrick's world in more ways than you will ever know," his mom says. "He has grown so much in these past six months, thanks to Caeley, her wonderful family, and all the volunteers who took time away from their busy lives and schedules to get these kids on the ice."

Caeley is already busy thinking about next season. Since participants keep the donated gear, she is always looking to replenish her stock. She is thinking about new ways to spread the word and to grow her team. Caeley also hopes that the program will continue at Taft after she graduates in 2019.

"For these families, to have an extracurricular like this is everything," Caeley says. "For me, it was everything to be able to give it to them."