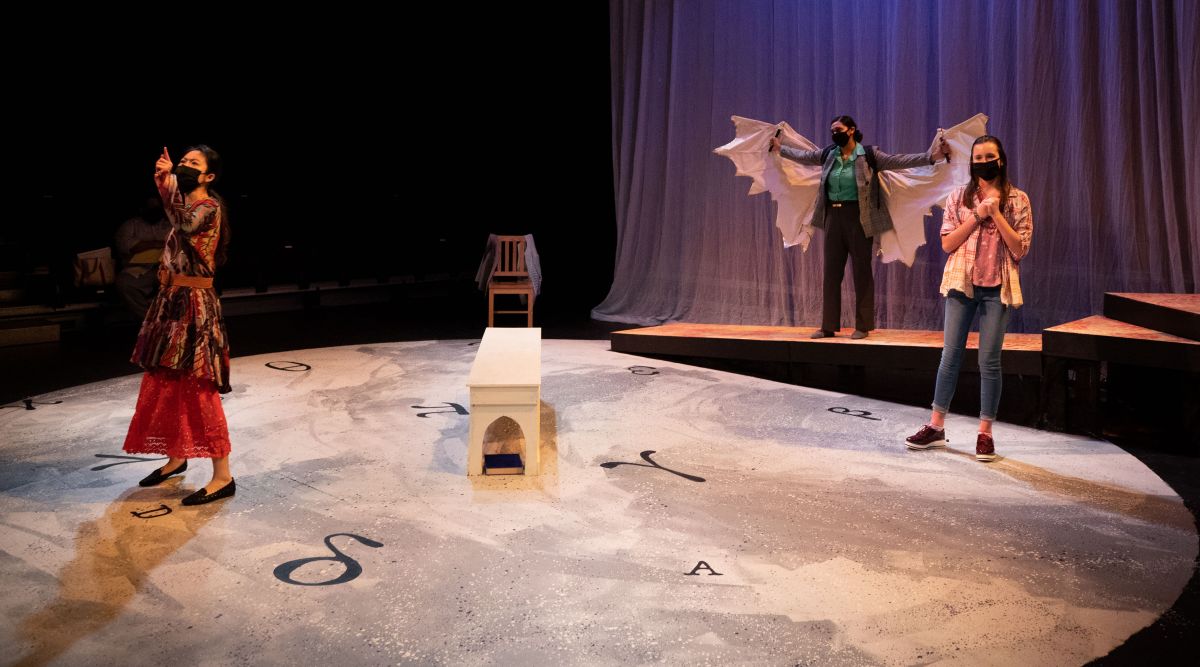 The word "eleemosynary" invokes concepts of charity and benevolence. It is also the title of a 1985 play by Lee Blessing, which came to life in Taft's Woodward "Black Box" Theater in February and March.

Eleemosynary is the story of three generations of strong-willed women working to reconcile years of family dysfunction. Dorothea, the matriarch, claims her independence through eccentric behavior. Artie, her daughter, takes control of her life by running from her overpowering mother. Echo, Artie's brilliant daughter, was raised by Dorothea. As the story unfolds, a health crisis forces the three women to reconnect, while finding a way to move forward together, an emotional and complex untangling that allowed each of Taft's actresses--Ivy Zhang '21, Sheina Patrick '21, and Haley Sharpe '23--to shine while exploring their full dramatic range.

See photos from the production here.