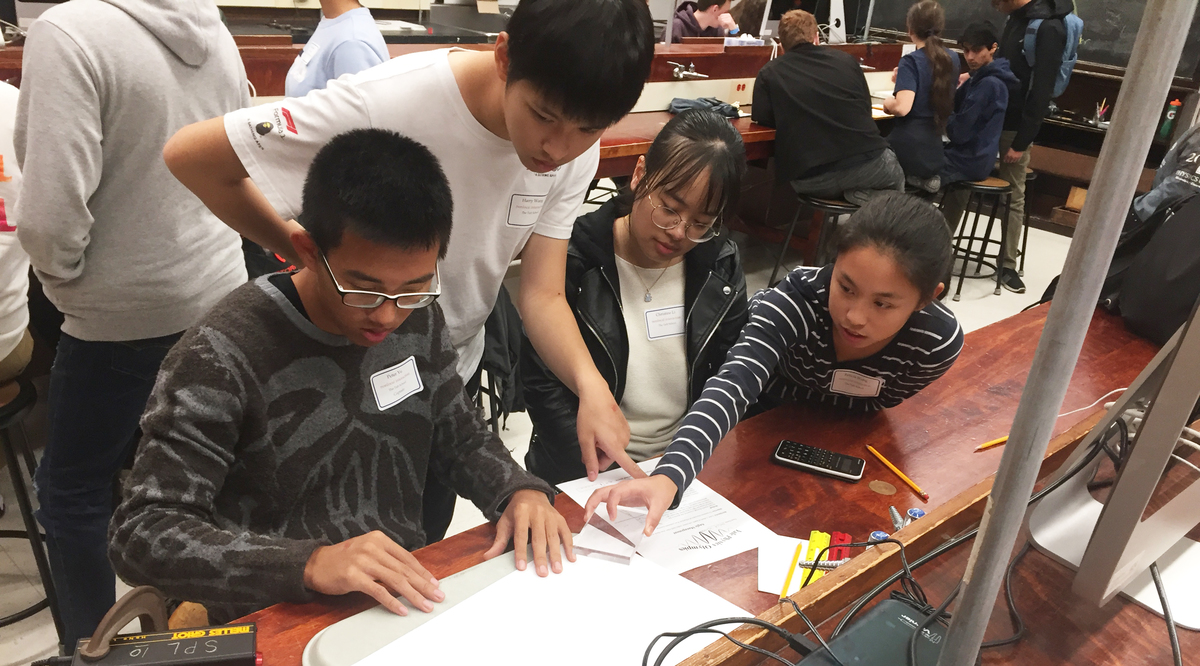 “Some events involved performing measurements in as precise a manner as possible where the best technique had to be discovered by the students,” explains Science Teacher Jim Mooney. “Others involved building an apparatus that would perform a given task.”

In addition to the five competitive events, the Olympiad included a make-and-take activity for team coaches, a physics show, and a talk by a Yale scientist.

Notes Mooney, “It was a fun day for all of us.”