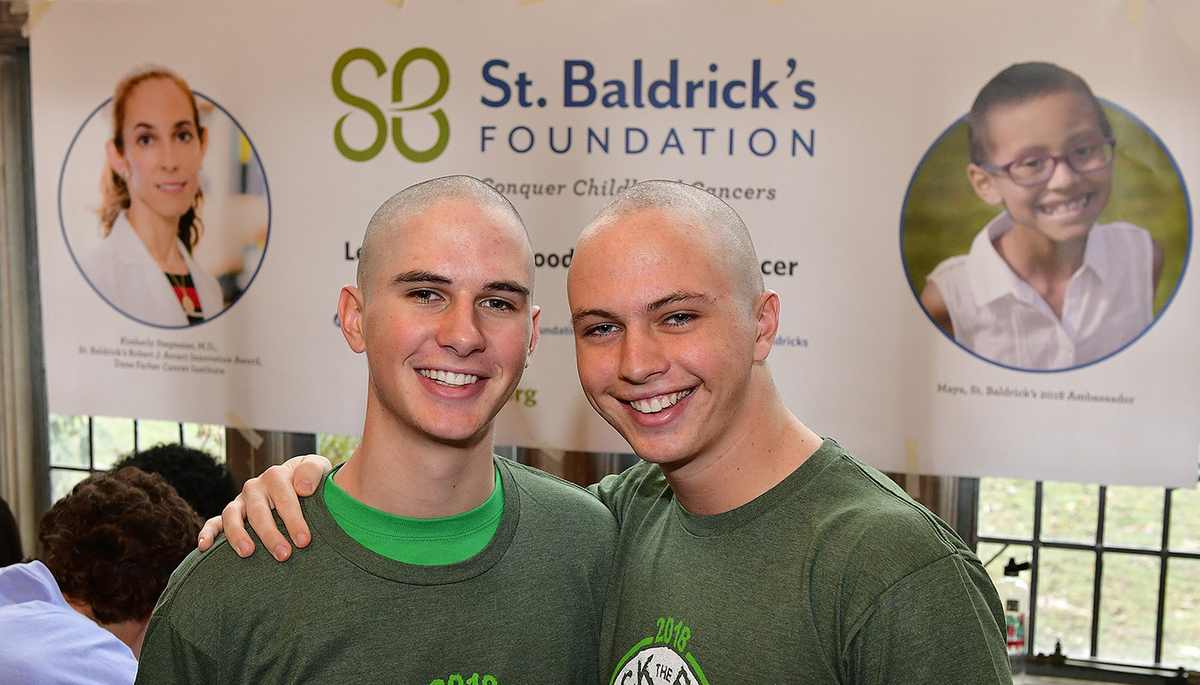 The first time Peter Horne '18 shaved his head was in 5th grade, at the urging of his Humanities teacher.

"He was involved with the St. Baldrick's Foundation," Peter says, "and encouraged our class get involved, too."

Thirty students joined their teacher in shaving their heads that year, and in securing sponsorship dollars to do so. All of the proceeds went to St. Baldrick's, a volunteer and donor powered charity dedicated to funding promising research into cures for childhood cancers.

"I just thought it was a cool idea," says Peter. "Being able to do something so small that makes such a big impact on so many people seemed very important to me, even as a fifth grader." 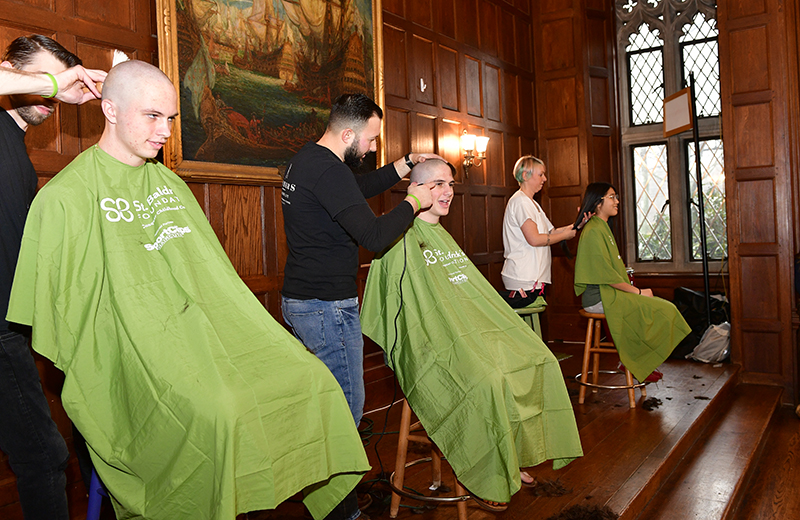 Peter shaved his head again in middle school; brother Henry '20 soon joined the cause. This year, Henry introduced St. Baldrick's to the Taft community: More than a dozen Rhinos shaved their heads on one February afternoon, an initiative that raised more then $6,000 for the St. Baldrick's Foundation.

"I wanted to get the Taft community as excited about St. Baldrick's as Peter and I have been," explains Henry. "Mrs. Frew suggested getting the Community Service Board involved. It was great to work with them—we were able to raise a good deal more money working together than I could have on my own."

Working with the Community Service Board also brought an additional component to the service initiative.

"St. Baldrick's is such a wonderful cause," says Community Service Board member Rachel Lau '19. "I was excited to bring the event to Taft, but didn't think a lot of girls would want to shave their heads. I had heard about opportunities for people to donate their hair to make wigs for cancer patients, which would make the event completely inclusive with opportunities for both boys and girls, thereby allowing us to help more people."

"At eight inches, Pantene Beautiful Lengths required the least amount of hair for each donation," explains Rachel. "That smaller requirement made the opportunity available to more girls on campus."

"They have a great reputation, and seemed the most genuine of all the organizations we considered," adds board member Megan Sng '19. "We really liked what they do with the donations." 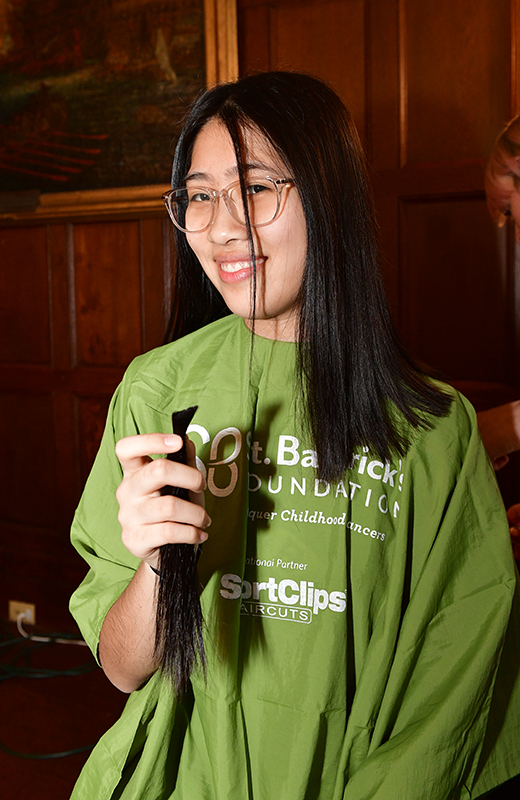 With Henry leading the charge on fundraising (he raised more than half of the total donations himself), Peter—who is co-head mon and a member of the Community Service Board—worked to build interest and understanding in the community, while growing the roster of students willing to shave their heads or donate their locks. Peter spoke to his peers during an assembly, sharing a story that was both personal and powerful.

Peter worked as an intern in the government relations department of Chicago's Ann & Robert H. Lurie Children's Hospital last summer. One of his projects involved planning a trip to Washington, D.C., for a young patient and her family. Peter accompanied six-year-old Jamela, her mom, and her two brothers to the nation's capital, where they met with congressmen and women, senators, and officials with the Children's Hospital Association. They spent a day on Capitol Hill lobbying against cuts to Medicaid. About 30 million children nationally and 1.5 million children in Illinois rely on Medicaid, Jamela among them.

"It was and incredible experience," says Peter, "and meeting Jamela and spending time with her family was quite meaningful. I was planning on shaving my head in her honor, then she passed away. It was only three days before the St. Baldrick's event at Taft. It made me feel even more strongly that I was doing something good and important for her and her family."

"Talking about a friend—a six-year-old child who had cancer—made it more tangible and emotional," says Peter. "I think people began to recognize the significance and impact such a simple act could have on a child's life."

Though saintly in its mission, St. Baldrick's has no ecclesiastical ties. St. Baldrick is a portmanteau, marrying bald, shaven heads with St. Patrick's Day revelry. The idea was born in 1999 with three New York businessmen looking for a way to share their good fortune. It came to fruition the following year at a St. Patrick's Day party at a pub in Manhattan. The first-year goal of shaving 17 heads and raising $17,000 turned into 19 bald heads and $104,000 donated to fund the research of the Children's Oncology Group. Since their incorporation as an independent foundation in 2005, St. Baldrick's has raised more than $234 million for research into curing childhood cancers. Learn more at stbaldricks.org.