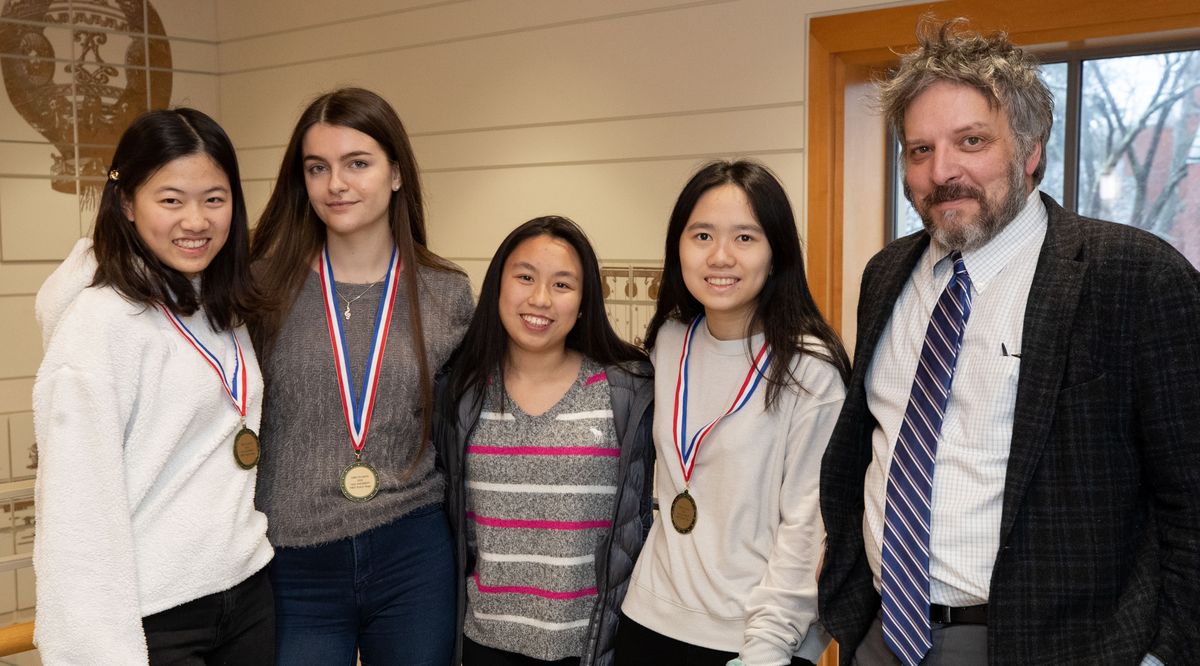 Four young women from Taft traveled to Yale University last weekend to compete in the third annual Girls in Math at Yale competition. Team Taft arrived as the reigning champions, and left with their title intact: For the second consecutive year, Taft took home top honors at the event. Congratulations to the winning team of Linh Vu '21, Anna Serbina '21, Felicia Wang '21, and Coco Zhang '21.

"The group chose the name 'Female Coup d'Etat,'" said Mathematics Teacher and Mathematics Team Coach Joseph Zipoli '84. "And in the words of the organizers, they 'toppled the competition.'"

Conceptualized by the Math Majors of America Tournament for High Schools, Girls in Math at Yale was introduced in the fall of 2018, with the goal of cultivating "a love for math and the sciences in a younger generation and celebrating the diversity that is already present in these fields at the university level." The inaugural event drew 50 students. Zipoli notes that the "steadily growing" competition now draws competitors from public and private high schools across New England.

The event featured both team and individual rounds of competition. It also included time for competitors to explore the University, and hear members of the Yale community share their thoughts on opportunities for women in STEM fields.

"It was a great day in the school of architecture, hearing from Yale students and professors," says Zipoli. "There was even a concert in one of the galleries.  In all, a great day!"

Math Majors of America Tournament for High Schools (MMATHS) assists universities in hosting their own math tournaments for schools within their state or region and provides a team-based competition that is accessible, both geographically and mathematically, to more high-school students. MMATHS promotes communication between undergraduate students in mathematics across the country. A tournament committee of representatives from each participating university coordinates contest problems, format, and awards.

Coming Together for Taft: 2019-20 Annual Fund Results and Awards
Taft School to Reopen in September
A Message from the Board of Trustees
Powered by Finalsite