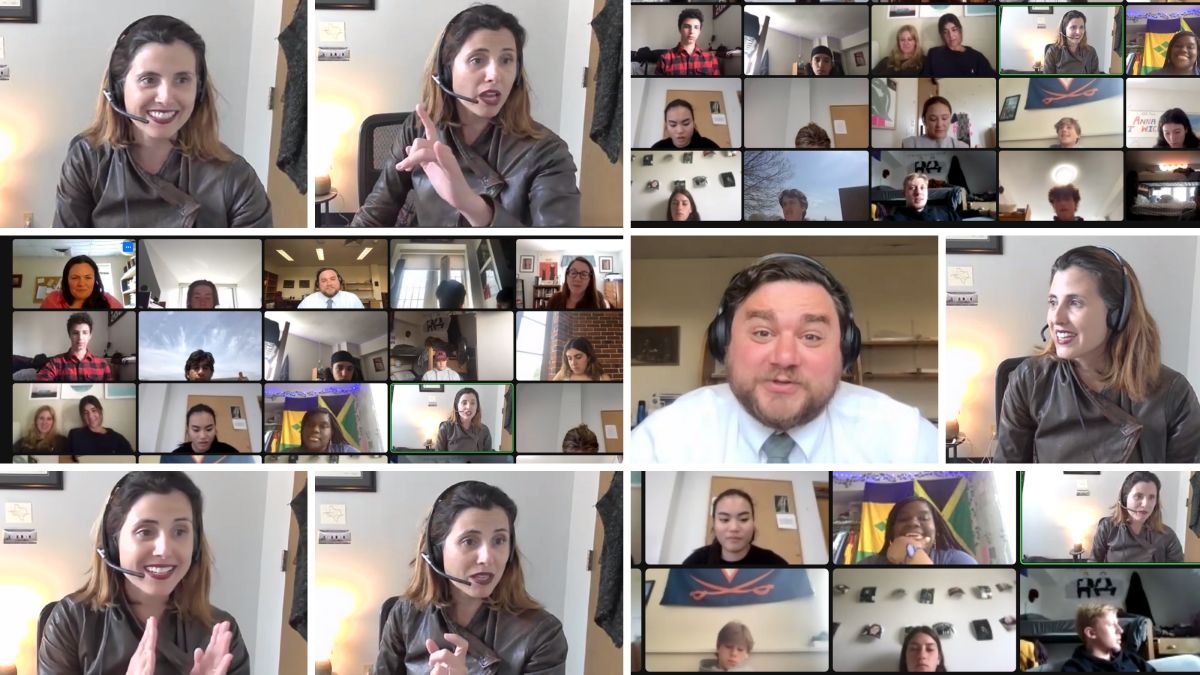 Samantha Mabry is an award-winning novelist and full-time lecturer at Southern Methodist University in Dallas, Texas. This week, Mabry was also a guest lecturer at Taft, sharing insights, experiences, and writing exercises with students in English classes at every level, from lower mids to seniors.

Mabry has published three young-adult novels, A Fierce and Subtle Poison; All the Wind in the World, which was nominated for the National Book Award for Young Peoples' Literature; and, most recently, Tigers, Not Daughters, which received six starred trade reviews and was the winner of both the Reading the West award and Writers' League of Texas award.

“Although I’m a novelist, I’m joining you for National Poetry Month,” Mabry told Taft students. “During COVID, my brain ‘broke’—I found it difficult to maintain concentration and focus on narrative threads. It was hard for me to read, and harder for me to write. I saw a series of poetry workshops and thought that might be the answer for me.”

The first workshop Mabry attended was led by Carmen Tafolla, an internationally acclaimed Chicana writer and professor, and former poet laureate of Texas. Using an exercise she adapted from Tafolla’s workshop, Mabry worked with students to ignite creativity by evoking memories; those memories would serve as starting points for personal and original poems. For 30 seconds, Mabry clapped, while students closed their eyes and allowed the rhythm to guide them to a memory—first a memory from childhood, then a memory from the past one or two years.

“Conjure a memory that is rhythmic, then open your eyes, and jot down the memory,” Mabry instructed. “Then write poetry inspired by those memories.”

The broad prompt conjured a range of reflections—from the poetic sound parallels of sibling names, fond memories of grandparents, and the grinding of skateboard wheels, to raindrops, laughter, and distinct and somber gait of an aging pet, students leaned in to the charge.

Mabry also reflected on her experiences working with a film agent and production companies interested in adapting her most recent young-adult novel, Tigers, Not Daughters, and shared thoughts on how to become a published author.

“I’m going to recycle the advice shared by [American novelist and short story writer] Lauren Groff,” Mabry noted. “Do the work. Just do the work.”