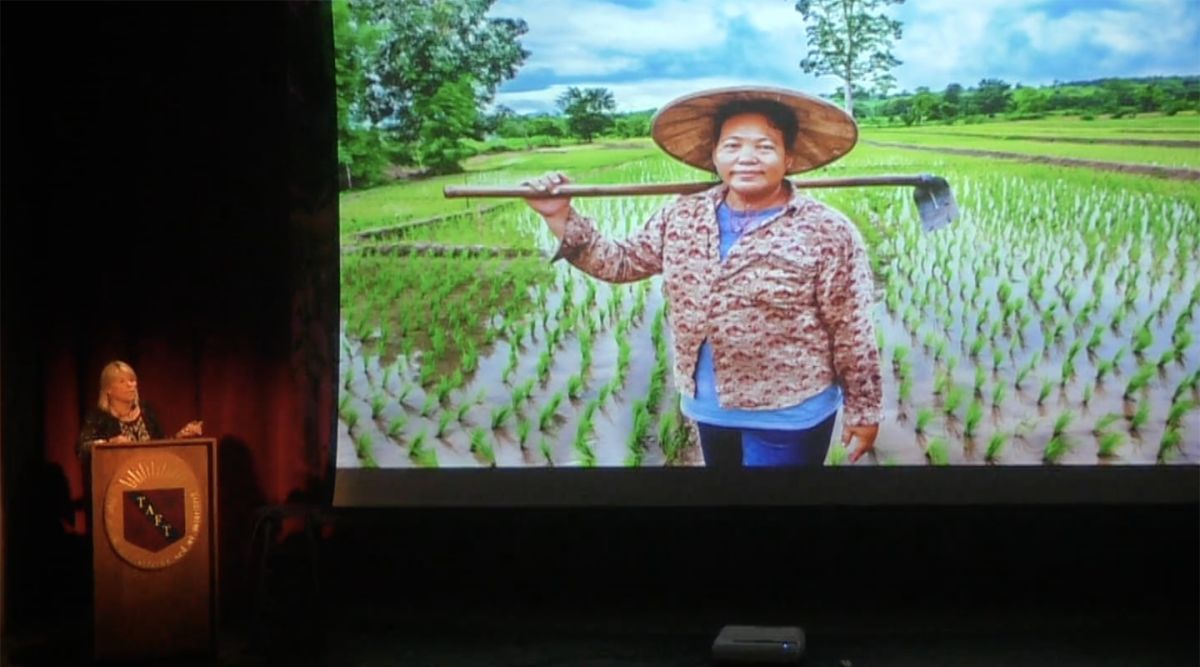 Alison Wright has been attacked by a pack of wild monkeys, and run over by a horse in Mongolia. She has had a worm in her head, malaria, and dysentery—15 times. In 2000, the bus she was riding in Laos was sheared in half by a logging truck; her injuries were so severe that she was told she would never walk again. But she has also traveled with the Dalai Lama, climbed Mount Kilimanjaro, and been to base camp on Mount Everest. Twice. She has met men, women and children in 150 countries across the globe who have touched and inspired her, both personally and professionally. For Wright, it is all in a day's work—the good, the bad, and everything in between. Wright is a New York-based documentary photographer, who has built a career capturing the universal human spirit through her photographs and writing. For many of her editorial and commercial projects, including her work for National Geographic, she travels the world photographing indigenous cultures and people while studying the human condition. In March, Wright kicked-off Women's History Month at Taft with a compelling Morning Meeting talk.

"I've been slammed around quite a bit, but it doesn't deter me from this job," Wright told Tafties. "There's something really profound about dipping your toe into the other side and feeling your own mortality. What does one do with the light that's being given back?"

What Wright has done with that light is start a nonprofit—Faces of Hope— that supports women and children in crisis through education and healthcare. But she has also used that light to reflect on the importance of her work documenting the human condition across the globe, shining a light in dark corners, and bringing hope through connection, exposure, and community. That work, which has shaped her life and career, was inevitably impacted by the global pandemic. Her travel wings clipped, Wright turned her focus to what lay before her. 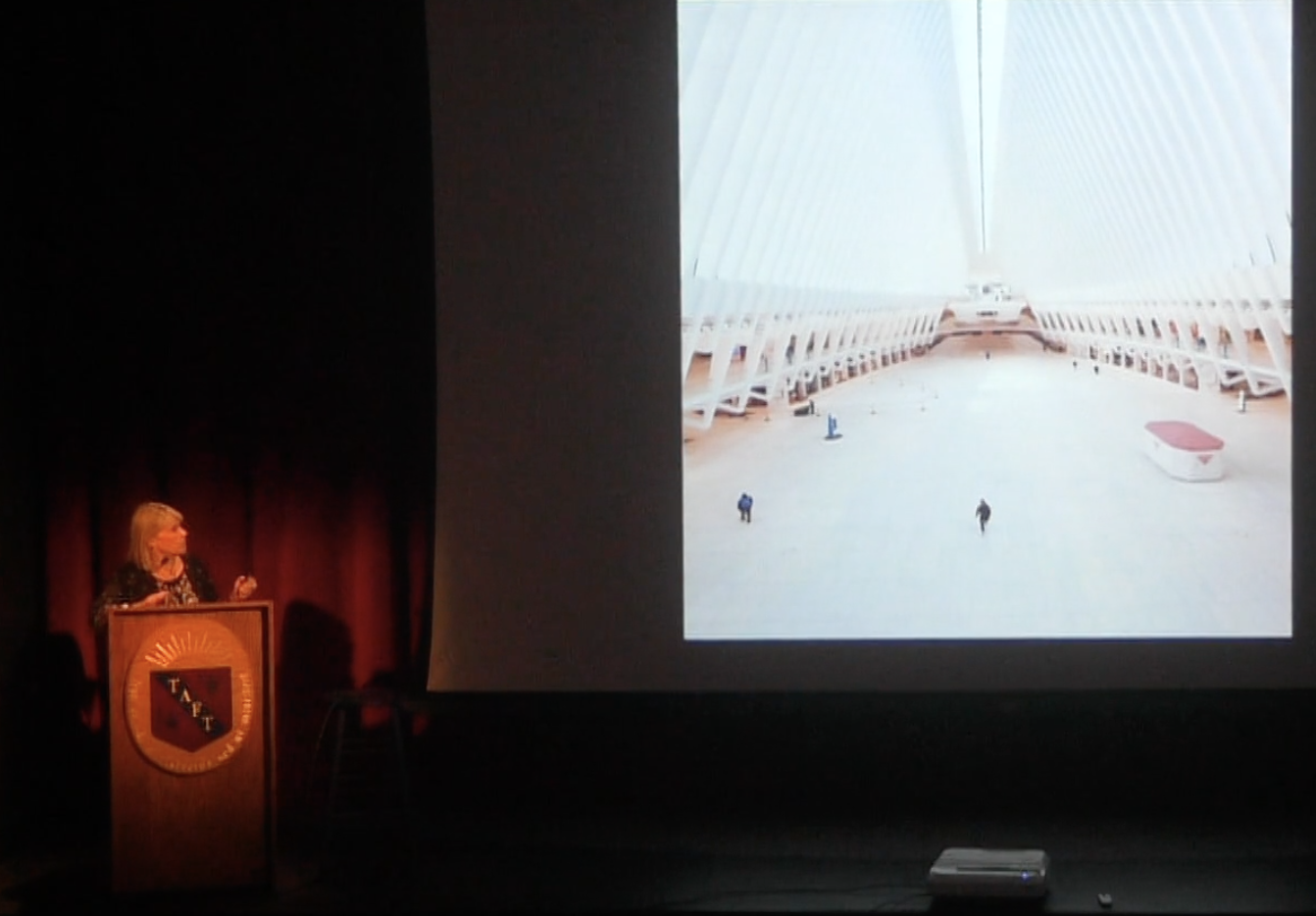 "For New York City, lockdown took on a very interesting look: complete isolation, no one in the streets. I knew it was truly a historical moment, so I was out every single day in the streets documenting what I was seeing for months because this is what I do. I cover the world doing this," Wright explained.

Her lockdown photos, many of which she shared during her Morning Meeting talk, were poignant, and, indeed, an historical record of a moment in time.

Lockdown also gave Wright the opportunity to pore over her vast collection of images, and to consider the meaning and messages found in her work.

"I spent time thinking about women, thinking about, 'What's our universal human connection? I realized that we all had to work in some capacity. And that what that means for women is very different than what that means for men. Women labor to raise, if not themselves, then at least their daughters out of poverty. Across the globe, men do not always share that same commitment."

In fact, according to a United Nations report, men in developing countries return 30 to 40% of their income to the family. For women, that number is 90%.

Wright used her time in lockdown to curate a collection of photos of women at work across the globe. That collection will become her eleventh book, Grit and Grace. Wright shared images from the book with the Taft community—women using microloans to open small businesses in Liberia; women making bricks in Rwanda for a penny a piece; Rohingya refugees grateful to be safe and working in Bangladesh; a woman in the far desert of India who used the internet to grow a handmade purse business into an industry large enough that she was able to hire every woman in her community. She explored the work women do in various industries, and its impact on their lives and families. From the women behind the scenes creating the fast fashion popular in large chain stores worldwide, to craftswomen, budding restaurateurs, medical providers, and women in culturally specific and traditional roles, including Japanese Geisha and pearl divers. And, in so many countries worldwide, women working in agriculture. 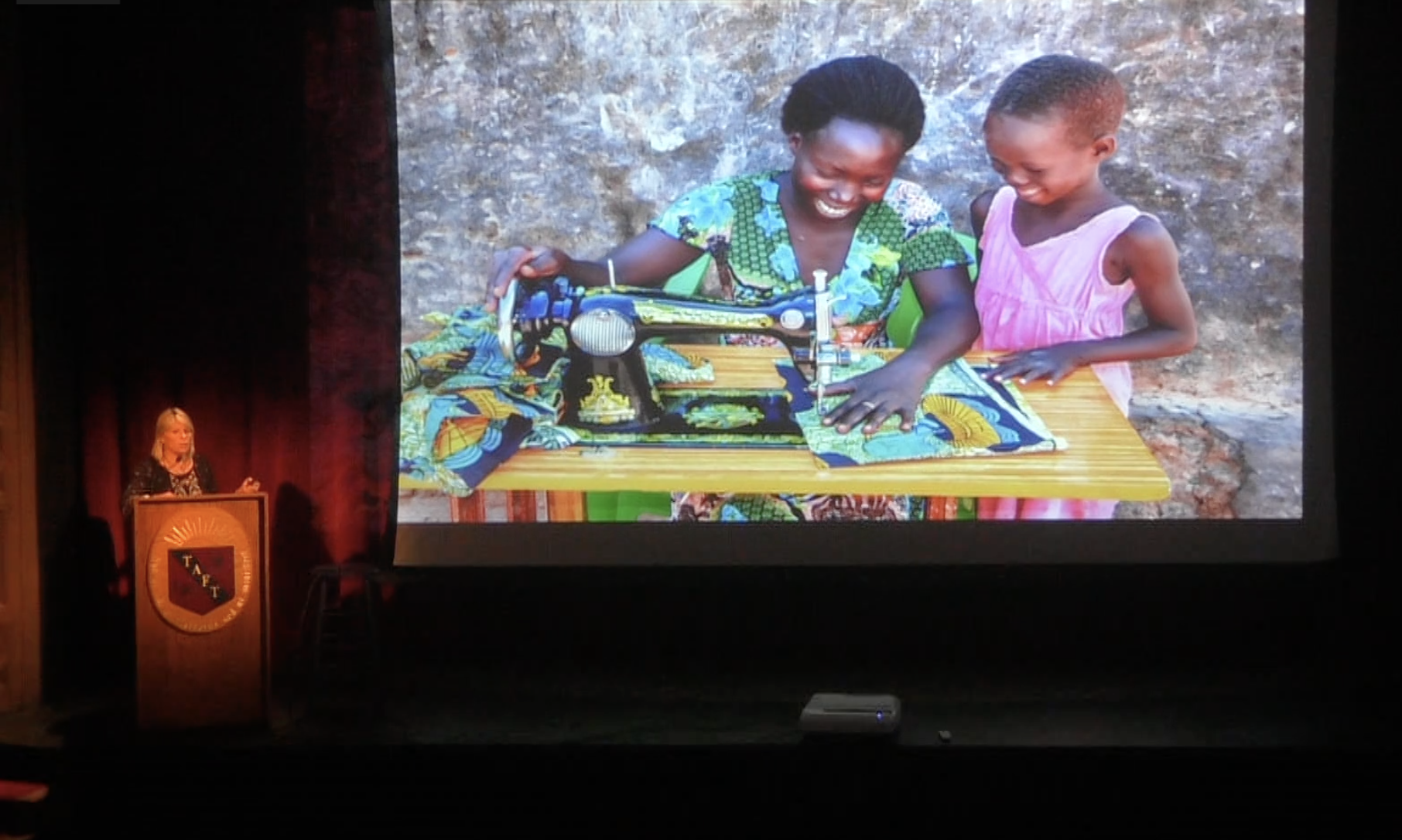 "According to the UN, on average, women make up just over 40 percent of the global agricultural labor force, yet they own less than 20 percent of the land," Wright explained. "Increasing women's access to land and livestock would boost production, lifting 100-150 million people out of hunger. Across the globe, I see women who are learning the power of working together, working in co-ops, growing together, selling together."