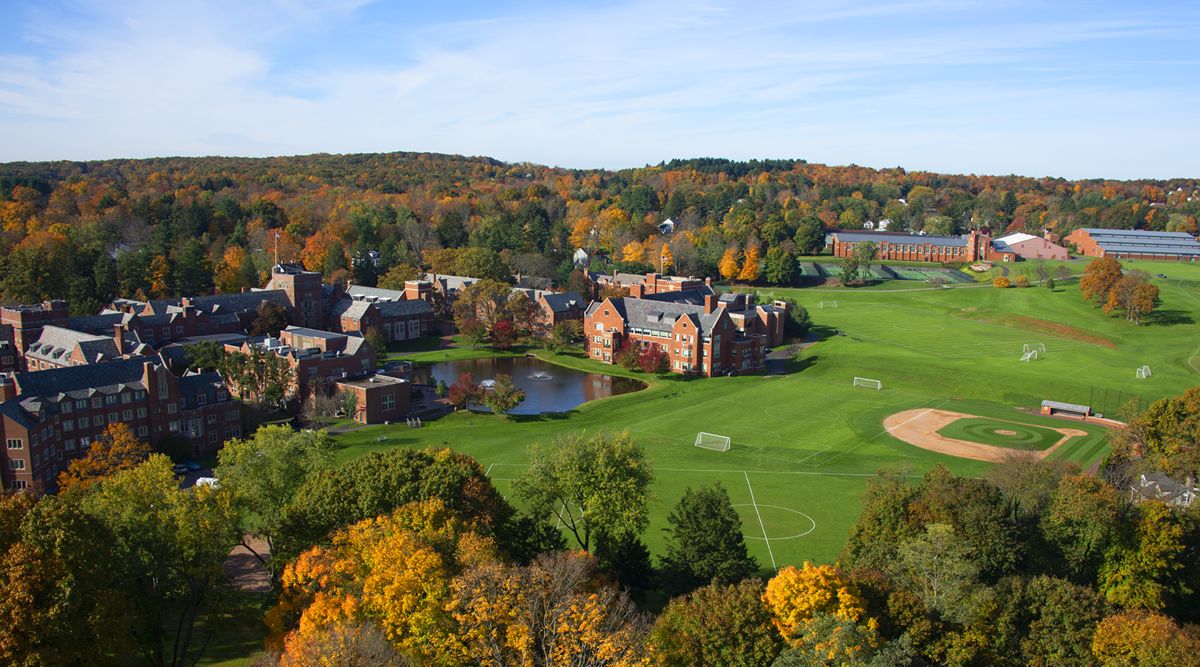 Taft is pleased to announce that Charles E. Watson '88, P'21,'24 and Jane Boyle Hentemann and Christopher C. Hentemann P'19, '21,'24 will assume key leadership roles in our volunteer community. Effective July 1, 2022, Charlie will become Co-Chair of the Annual Fund; Jane and Chris will lead the Parents' Fund.

Charlie and Co-Chair Tamara Sinclair '05 will work closely with the Alumni and Development Office and Class Agents to steward Taft's Annual Fund by continuing to build strong relationships with fellow alumni and constituents, increase community engagement, and grow philanthropic revenue. During their three-year voluntary terms, they also serve as Ex-Officio Trustees, participate in all Trustee meetings, and sit on the Board's Development Committee. Charlie succeeds the long-serving Dylan Simonds '89, whose immeasurable contribution and dedication to the Annual Fund pre-dates term limits.

"Dylan brought years of innovation and energy to his work with the Annual Fund," notes Director of Annual Giving and Constituent Relations Allison Lyman. "While it would be difficult to quantify all of his contributions, we see them at work every day across our campus where people and programs thrive due in part to support from the Annual Fund. We are deeply, deeply grateful for his leadership. We are also grateful to have Charlie assuming the leadership mantle beside Tamara. Charlie has been a Class Agent since he graduated in 1988, and also sits on the Parents' Committee with his wife, Anne. His knowledge of the task and of our school runs deep, as does his commitment to this work." 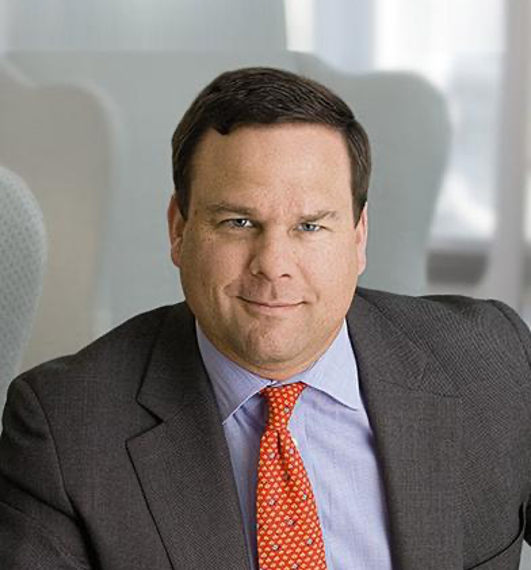 Charlie came to Taft as a lower mid in 1984, and made the most of his time here: he was a dorm monitor for two years, played hockey, varsity lacrosse and was named captain of the famed 1988 lacrosse team.  As a senior, Charlie was named to the All-New England Lacrosse Team, and received the Taft Lacrosse Cup and Heminway Merriman Award for his "gentlemanly leadership and concern for others." He continued his education (and his lacrosse career) at Middlebury College, and later earned an MBA with academic honors from Columbia Business School. Charlie joined Russell Reynolds Associates in 2004 and was named Partner in 2013.  There he conducts senior level executive recruitment and assessments for private equity funds and banking clients.

Charlie and his wife, Anne Sylvester, live in New Canaan, CT, with their three sons, Charlie Mac '21, Gunnar '24 and Briggs (age 14). He has been a coach and board member with New Canaan Lacrosse for many years, and served on the board of The Freedom Golf Association which later merged into the United States Adaptive Golf Alliance—a 501(c)3 charitable organization focused on serving the special needs community through their inclusion in the game of golf. Nearly one quarter of the USAGA's participants are wounded veterans.

While Charlie and Tamara will focus their efforts on the alumni community, Jane and Chris will connect with current Taft parents as they lead the Parents' Fund. They succeed Neile and Chad Messer '90, P'20,'22 in that role.

"The Parents' Fund is a critical component of the Annual Fund," says Director of Parent Giving Joyce Romano'92, P'14. "Last year, 90% of Taft parents generously made donations totaling 45% of all Annual Fund giving. Neile and Chad understood how meaningful that is for Taft, and how important it is to keep parents connected to our school community. They were extremely dedicated, and have made such an impact. Jane and Chris, who have been members of the Parents' Committee for the past five years, will surely bring equally capable, equally strong leadership to the Parents' Fund. We're fortunate to have them on board." 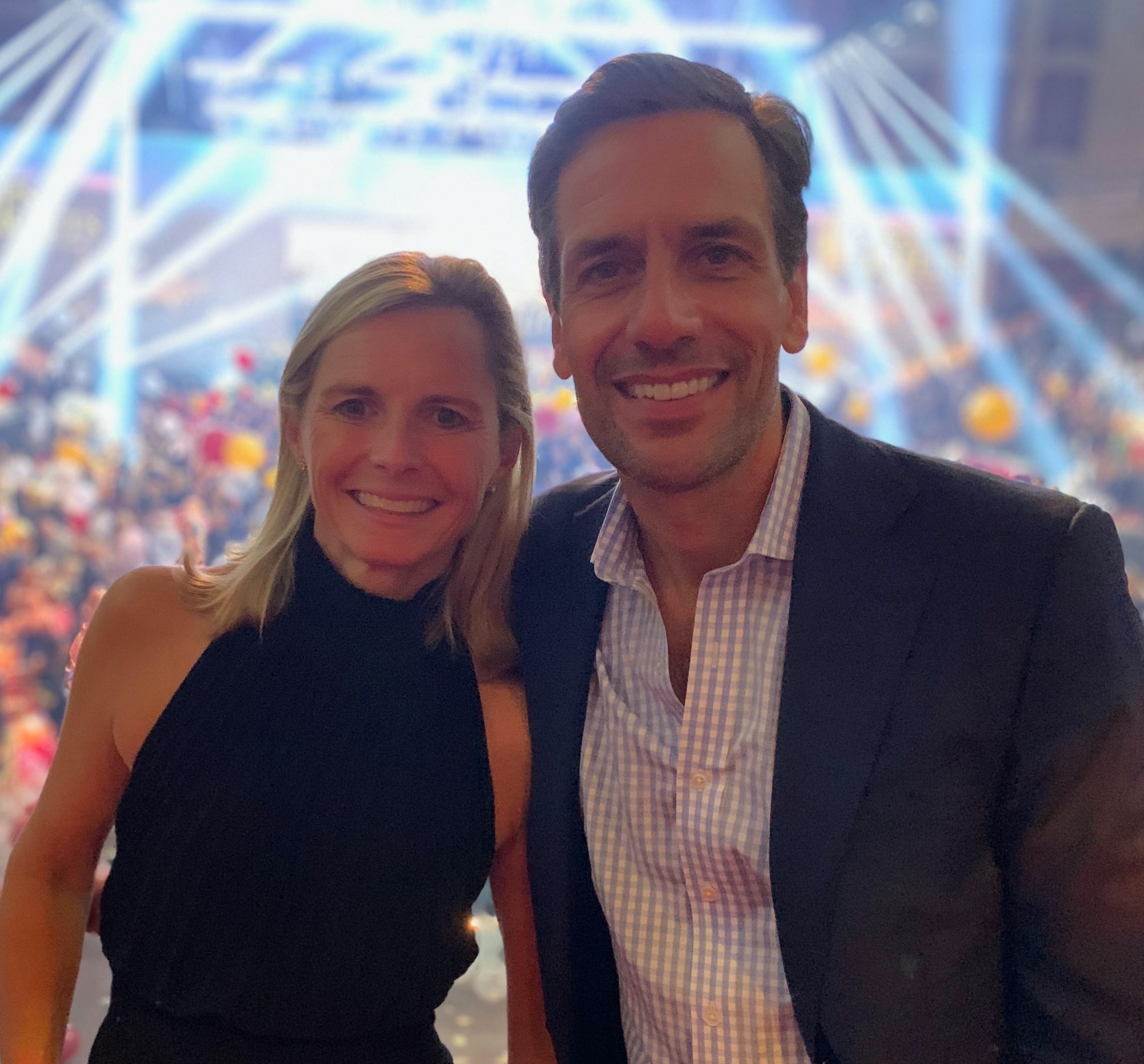 Jane and Chris are both 1990 graduates of Boston College. In 2008, after a 25-year career on Wall Street, Chris organized and launched 400 Capital Management LLC. He is the firm's Chief Investment Officer and leads its Operating and Investment committees. Chris serves on the Board of Directors for the Boston College Wall Street Council, Domus Kids, and the Henrik Lundqvist Foundation. Jane served or serves on the boards of local non-profit organizations and volunteers at programs in Greenwich, including Greenwich Alliance for Education, Community Centers Inc., and Impact Fairfield County.

Chris and Jane live in Greenwich, CT, and came to know Taft by cheering on Chris's cousins at hockey games in Odden Hockey Arena. They now have three Tafties of their own. Henry graduated from Taft in 2019 and is a student at Boston College. Emma graduated from Taft in 2021 and attends the University of Southern California.  Patrick is currently a member of the Class of '24 at Taft. The Hentemanns enjoy spending time on campus and look forward to supporting Taft and Patrick on the ice and on the lacrosse field.