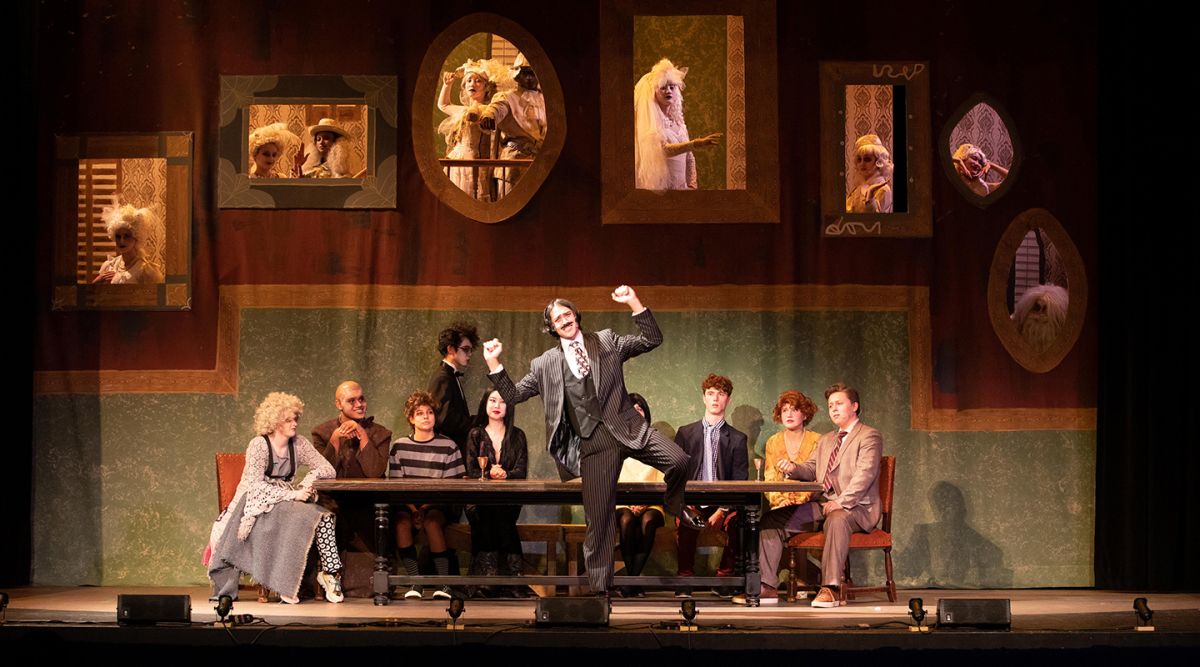 On Stage at Taft: The Addams Family School Edition
October 29, 2021

Taft's fall musical, The Addams Family School Edition, opens Friday, October 29. It is an adaptation of the original off-Broadway production.

Billed as "a comical feast that embraces the wackiness in every family," the musical delivers an original story featuring the classic Addams Family characters created by cartoonist Charles Addams in 1938.

In the early 1980s, Taft theater teacher and director of this production Helena Fifer met Charles Addams at a party in New York's Greenwich Village. After introducing himself as "Charlie," and saying that he drew for a living, Fifer realized who he was.

"Trying to play it cool and keep the conversation going, I told him that I had just driven by a house near Pennington, New Jersey, that a friend had told me was the original Addams Family house," recalls Fifer. "He scoffed, but then took a cocktail napkin and sketched the house that had inspired his drawings. I still have the napkin."

And it was that sketch on that napkin that Taft's creative set designer David Kievit and his team used as inspiration for the set now on Bingham Stage. Kievit referenced other of Addams drawings in the process, as well.

All of you favorite characters--Gomez, Morticia, Wednesday, Pugsley, Lurch, and Fester--will all appear on stage at Taft, along with some new characters and the family ancestors. Each is brought to life by the extraordinary choreography of Sarah Surber and Amber Cameron, elevated by the music of T.J. Thompson and his team, the costumes of Lesley Bowman, and the physical comedy introduced by Alex Werrell.

See a full gallery of photos from the show here.

Music and Lyrics by Andrew Lippa

Based on characters created by Charles Addams