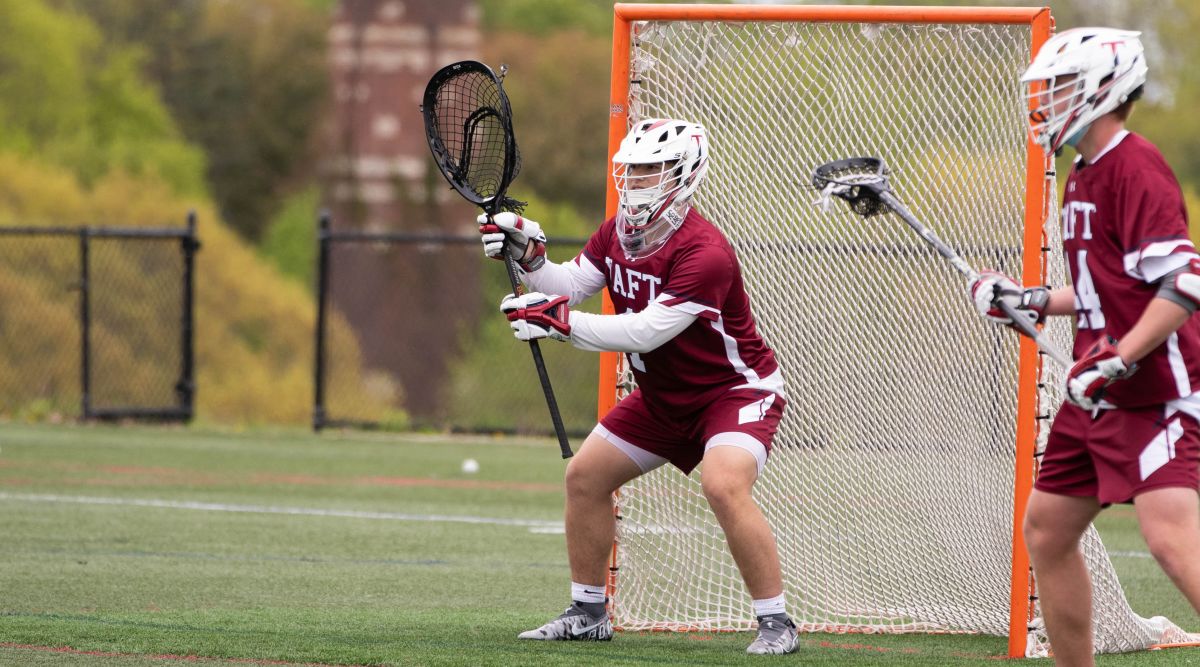 Ricciardelli '22 Selected to Compete in the 17th-Annual Under Armour All-America Lacrosse Game
April 19, 2022

Boys' lacrosse team captain Thomas Ricciardelli '22 among the first players to be selected to compete in 17th-annual Under Armour All-America Lacrosse Game.

Congratulations to lacrosse team captain Thomas Ricciardelli '22, who was among the first eleven players selected to compete in the 17th-annual Under Armour All-America Lacrosse Game.

"This is huge news for Thomas and for Taft," says Head Lacrosse Coach Nic Bell. "This is the highest individual honor that a high school player can achieve at this point in their career."

Thomas was selected in the first of four waves of 11 players. The remaining three waves will be announced over the next two months. Players will be divided into North and South teams subsequent to the release of the final wave. The game will be played July 30 at Johns Hopkins University, and aired live on ESPNU at 8:00 pm.