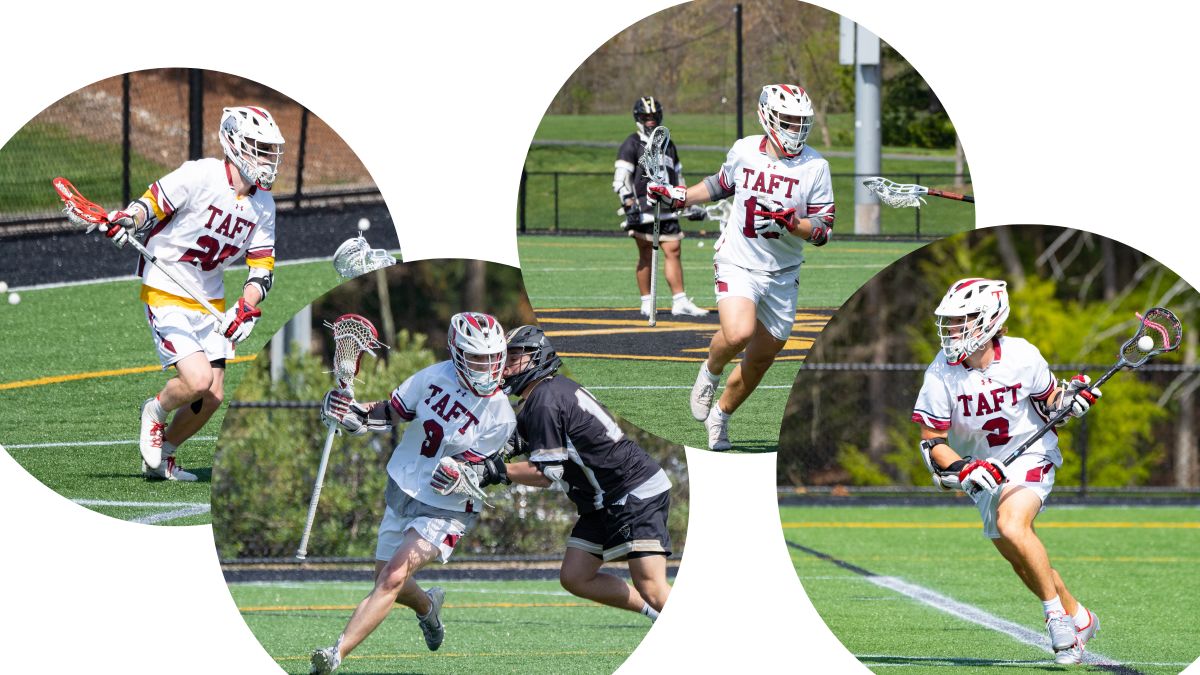 Four members of Taft's Class of 2021 have been selected to play in the 16th annual Under Armour All-American Lacrosse Classic. Chris Kavanagh, Ryan Levy, Tucker Mullen, and Jeffery Ricciardelli will join the nation's top players on the turf Saturday, July 31. The game will air on ESPNU at 8 pm.

"The game features the best high school players in the game," notes Nic Bell, head coach of Taft's Boys' Varsity Lacrosse team. "It is widely viewed as the greatest individual recognition that a player can earn at this point in their career."

The top 44 senior boys and girls are selected by Inside Lacrosse and a committee made up of the nation's most knowledgeable voices in high school lacrosse. Seniors in good academic standing are considered for participation, and will compete in separate boys' and girls' North vs. South All-Star Games. With four players each in the 2021 Classic, Taft and Malvern Prep (PA) have established a new individual school player-selection record, the highest since the event began 16 years ago.