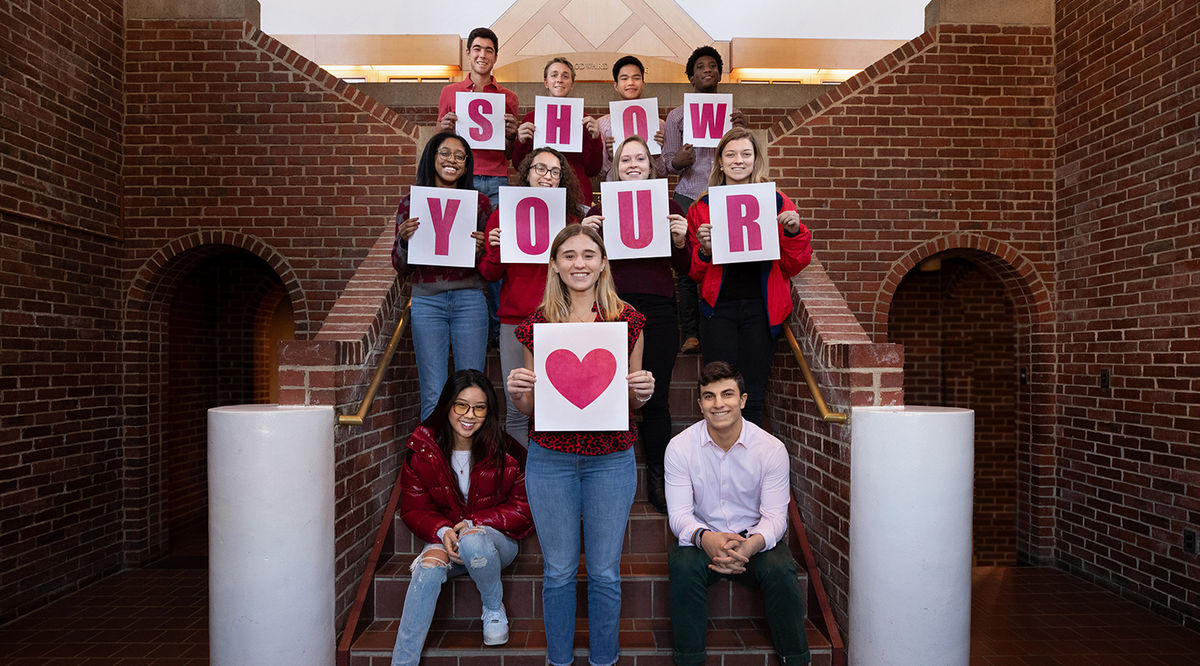 Thank you Taft Community for a Successful Day of Giving!
February 20, 2020

Taft alumni, current parents, and former parents from across the globe—as near as Watertown and as far away as New Zealand, China, and Austria—helped to make this year’s February 13 Day of Giving a successful one.

Taft raised a total of $521,194 from 566 donors during this year’s initiative. Alumni alone contributed $256,886 while current parents contributed $237,970—impressive numbers for a one-day push!

Annual Fund Director Kelsey Kerr P '07 credits Taft's alumni, current parent, and student telethon volunteers for much of the Day of Giving support. Ten current student volunteers made 503 calls to alumni the evening before the Day of Giving. Their calls generated a total of 85 gifts and pledges totaling $16,683. 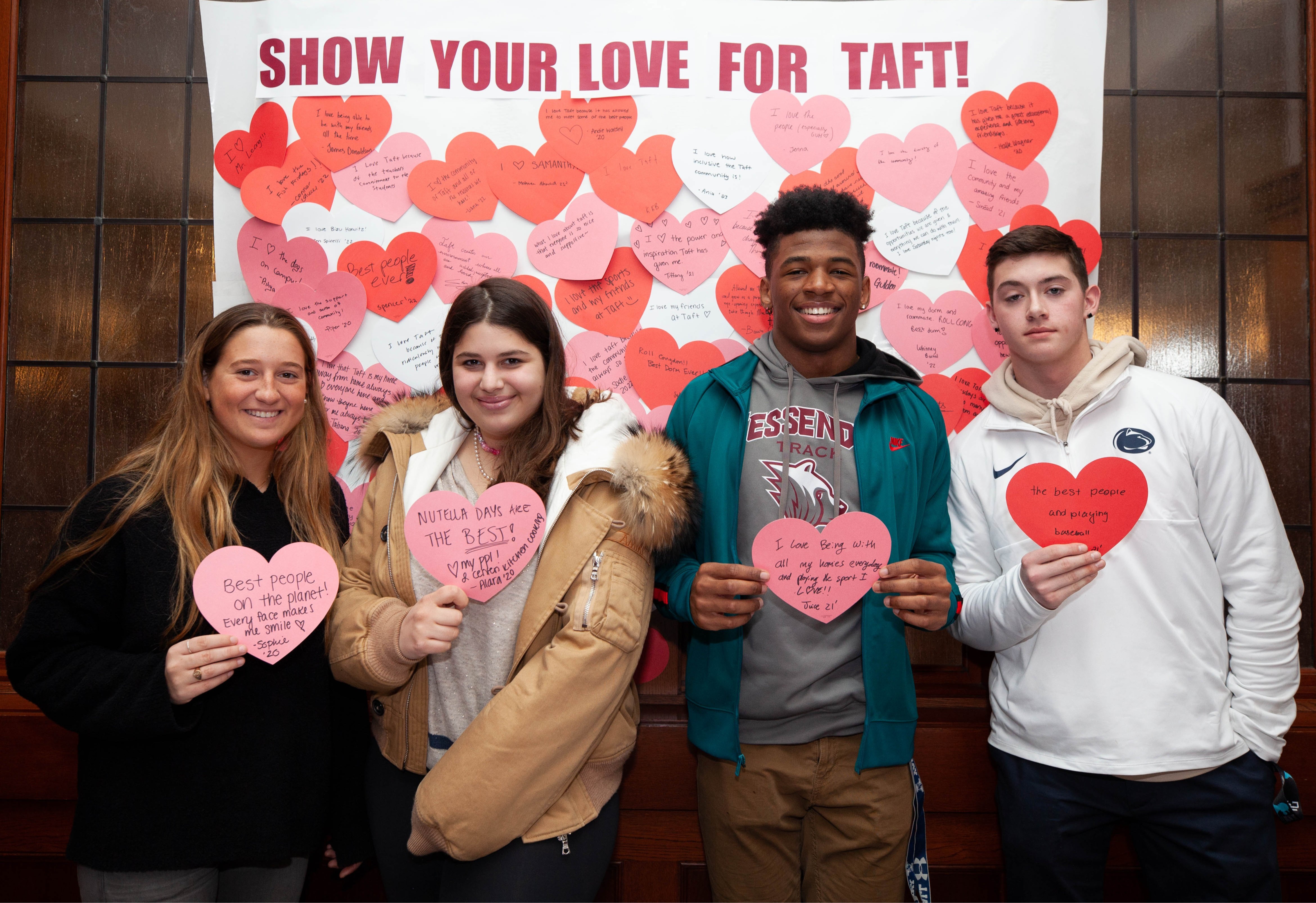 “This year our theme was Show Your Love for Taft and our current students did just that in a memorable way, writing about what they feel makes Taft special on paper hearts, which were posted outside the dining halls and on social media. It was a really fun idea that raised student awareness of the development office and what we do for the school,” says Kerr.

Taft’s current and former parents also did their part to make the day a success.

“Taft’s very active and hard-working Parents’ Committee did their part to engage families on this very special day,” notes Parents’ Fund Director Joyce Romano ’92, P’14."More current parents made gifts this year than last—a total of 94. It is an impressive trend, and one we would love to see continue. Our current parents are consistently supportive of the work we do, which directly benefits their children in every aspect of their lives at Taft."

Alumni engaged in friendly competition once again, competing by decade to earn seat plaques in Bingham Auditorium. The class with the most donors was the Class of '19, with 19 individual donors. The class with the highest participation percentage was the class of '69 with 12.2%.

The class winners were:

Of course, the biggest winners are the students who benefit from the loyal support of the Taft community.