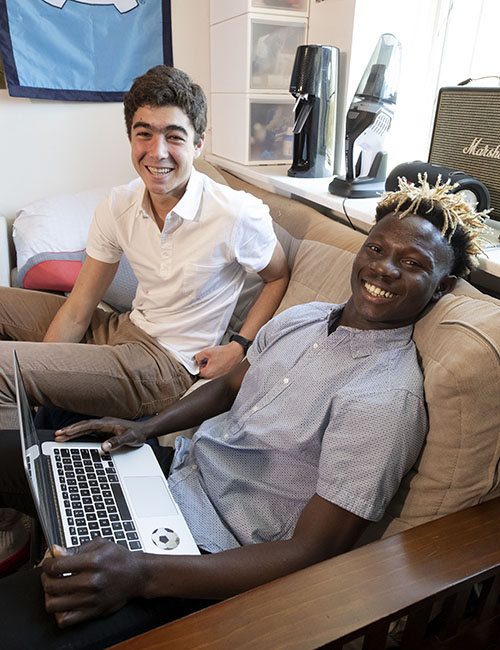 “It all started with soccer,” says Diky Izmirlian ’20. And it did. But for he and roommate Sammed Bawa ’20, there is so much more to the story.

Bawa, as he prefers to be called, made his way to Taft from the Right to Dream Academy in Ghana, a residential school combining elite soccer coaching, Cambridge International School accredited academics, and a character education program. After local tryouts in communities across Ghana, more than 500 young men were invited to a final three-day tryout in the nation’s capital. Only twenty-one were accepted into the Academy, Bawa among them.

“I would say that 30 percent of my success comes from natural skill, and 70 percent comes from hard work,” says Bawa. “With my background, I’ve learned to fight for everything. I might not be the most talented guy on the field but I’m always going to give it one hundred percent, and I’m always going to leave everything out there. I think that is what has brought me this far.” 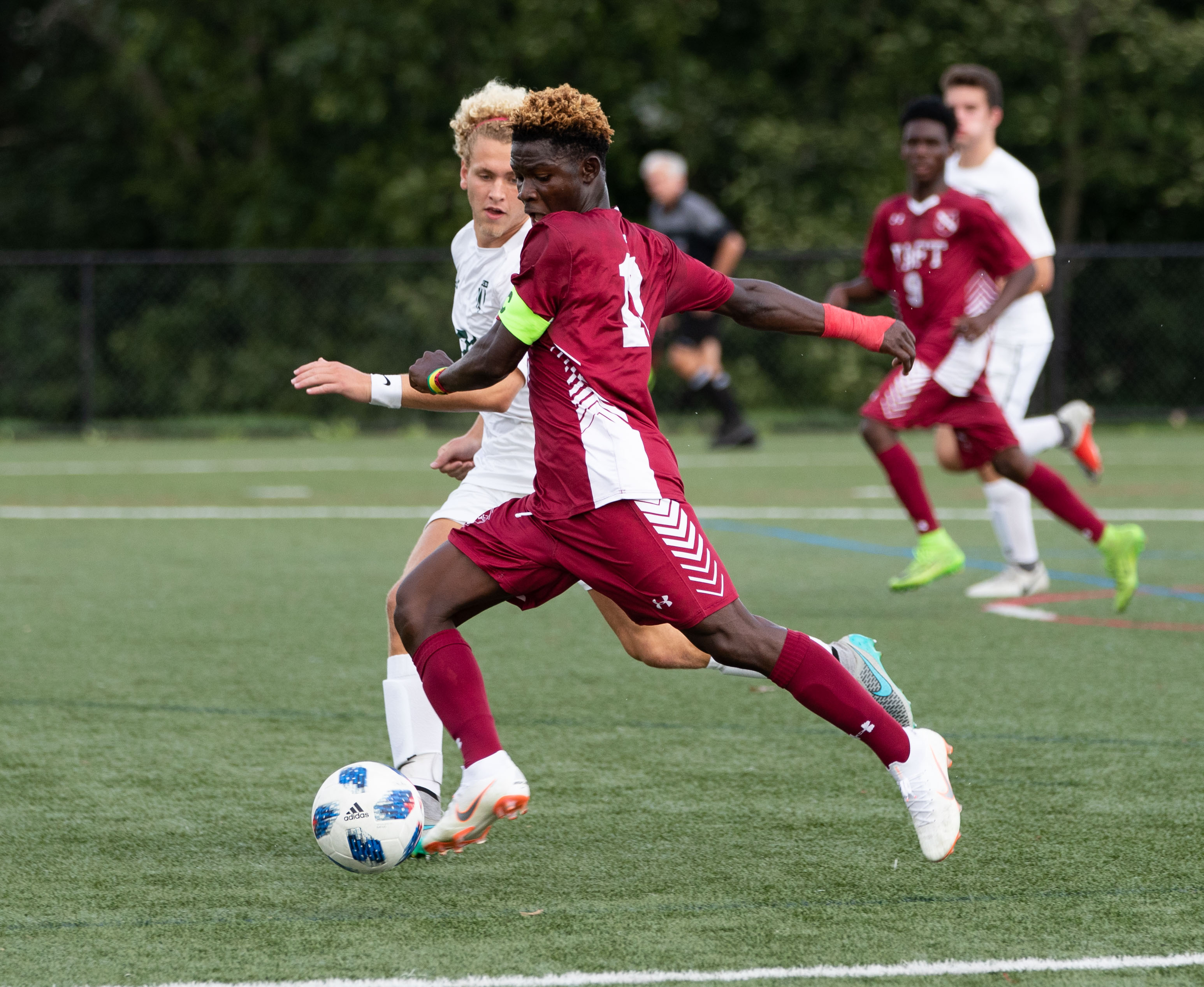 Diky is also an international student, arriving at Taft from the Bahamas, where he attended a very small school with no more than 25 students in his grade. He’d heard about Taft his whole life: his father is an alumnus, and he attended Taft’s summer program after seventh grade. Diky, too, played soccer—but not quite like Bawa.

“My first year here I thought Bawa was really intimidating,” recalls Diky. “He was one of the best soccer players in the school, and he was only a freshman. It was so impressive, but it made him seem unreachable in a way. I don’t think we talked even once the entire year, and I never learned anything more about him than he was a crazy talented soccer player.”

And a serious soccer player. Bawa is known for his intensity on the field—not to mention his seemingly impenetrable game face. What some people don’t know, Bawa says, is just how light-hearted he can be off the field. When Diky joined the varsity team during their sophomore year, he quickly found out.

“The soccer team is kind of a band of brothers,” Diky says. “I feel like a lot of teams might say that, but we really feel that.  Once we were teammates, I started to get to know Bawa really well. I noticed that we had the same sense of humor, and told the same kinds of jokes. I’m kind of a goofball a lot of the time, and I feel like that humor really brought us together.” 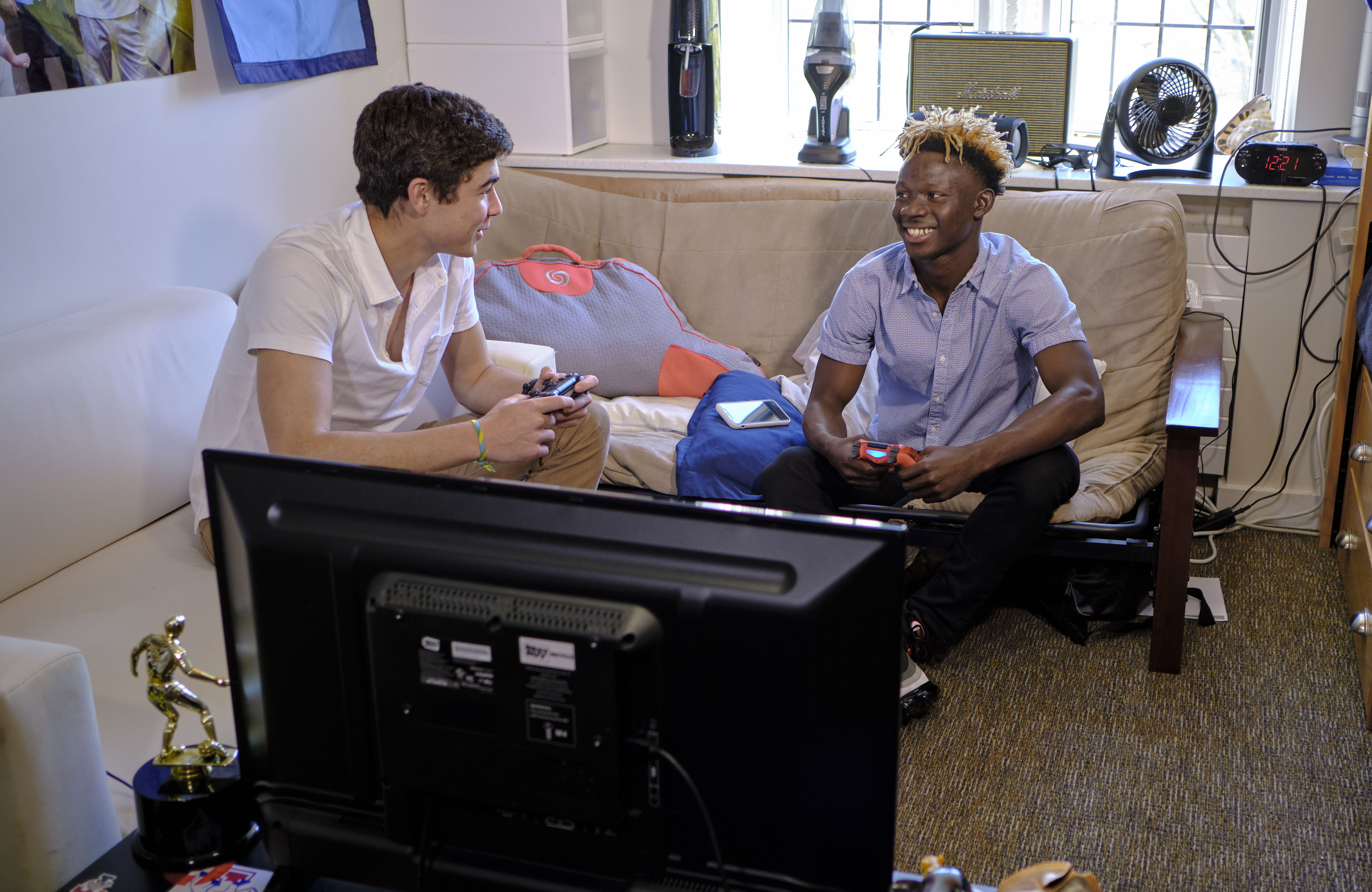 Diky and Bawa were soon sharing jokes on the field between drills. They began walking to and from practice together, and eventually began visiting each other’s dorm rooms, often to play a FIFA soccer video game. Which not only led to lots of laughs and a bit of good-natured, video game trash talking but also opened the door to some more serious, genuine conversations.

“I got to know his background and his path here, and about his family and his values,” says Diky. “Because we had this bond over soccer we were able to be open to each other in a way that I am not necessarily open to everyone at Taft. I’d say he really knows me pretty well because of that.”

Bawa believes that the playing field is where many athletes reveal their truest selves. Players respond to the ups and downs of the game in the moment, and with authenticity. You see each other’s worst sides, Bawa says, but also their best sides. You learn how they respond to hardship, and how they celebrate life’s victories, both big and small. That has been especially true for he and Diky, who support each other through thick and thin both on and off the field. They share a friendship rooted in the kind of trust, honesty, and mutual respect that is often hard to find.

“Only a few people know how to get behind my serious face, and Diky is one of them,” Bawa says. “He is also one of the few people who knows a lot about my background, and who understands my religious beliefs and practices. I’ve made my values known to him; he understands them, and supports me.” 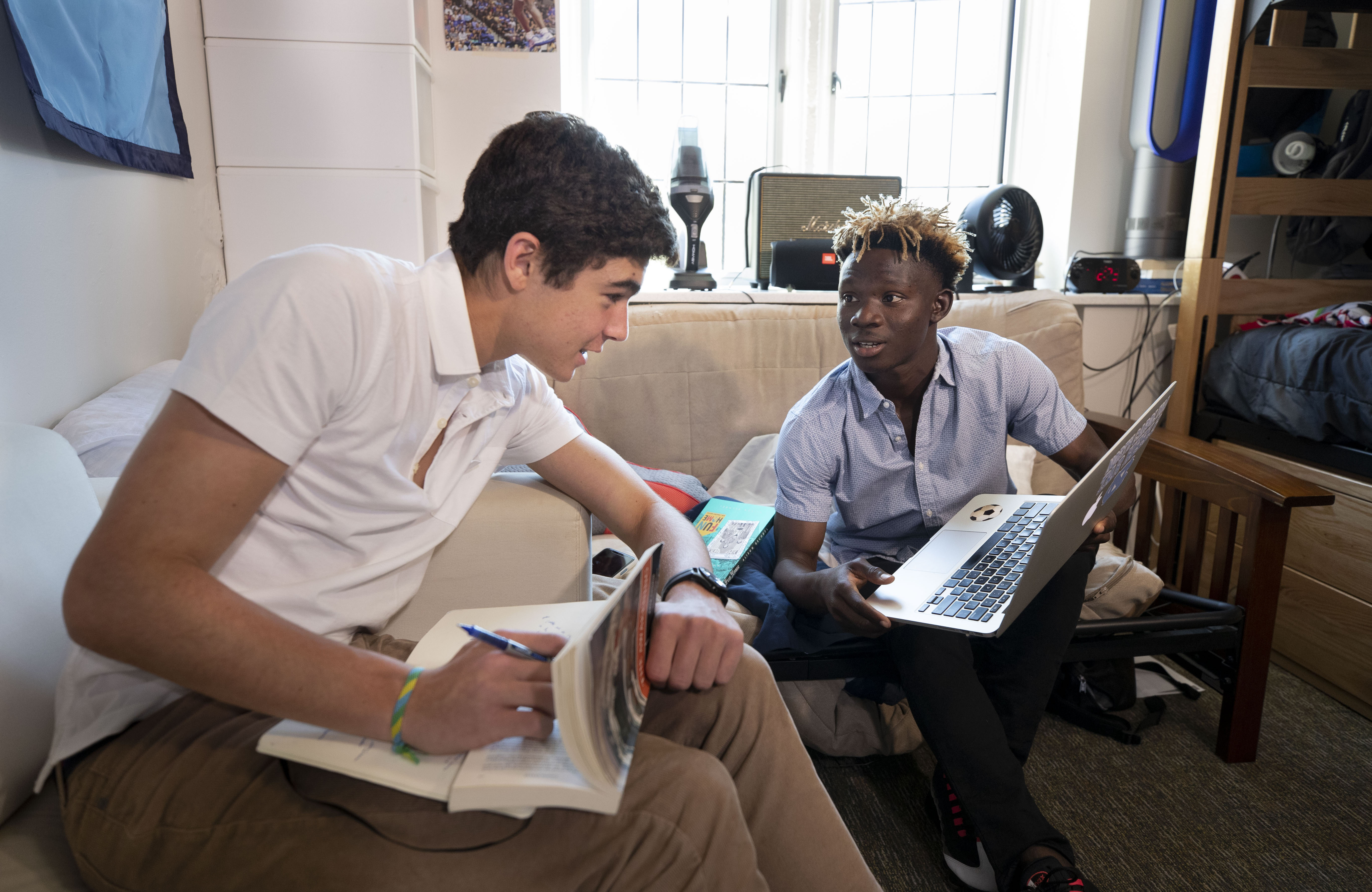 This year, Bawa and Diky are roommates. They have both applied to be mons next year, and hope to end up in single rooms on the same hall, where they’ll continue to learn from and support one another. Bawa says that Diky teaches him how to balance hard work with a bit of fun, and that students from all walks of life can face all kinds of pressures in and out of the classroom. Bawa has shown Diky what pure honesty and truly giving one hundred percent of yourself in every aspect of your life can look like. Both say that their friendship has taught them the importance of setting aside preconceived notions about people. They remind each other to be humble, and grateful.

“We’re both very thankful for where we are,” says Diky. “We followed different paths to Taft, but came together with the same goals and the same values. I think we both appreciate the friendship we found here.”